The year was 2010, and I, a fresh faced and woefully idealistic college freshman, was driving back to North Shepler. This dormitory, the one that I called my home, was a domicile of peace. It was, for the time being, the one place where I could relax and vegetate, wiping off the sweat of my brow and entering a Zen-like state of sophomoric bliss.

This night, this ninth night of February, I was especially excited to go home. Though it was a little past the witching hour, my unusual countenance was born not of the standard euphoric exaltation one feels coming home from a long evening’s work — though I would be remiss, dear reader, if I were even to imply that being away from my cushy IT-job played only a small role in my evening’s reveries.

No, I was positively giddy for the simple, though not inexpensive, package taking refuge in my passenger’s seat. The culmination of nearly a year’s worth of waiting was at last before me. My dreams, long tempered with time, were now fully ready to be fully realized. Anticipation bred faltering hesitation as I made my way to my room, and I made sure to lock my door so none would bear witness to the jubilation that was to take place over the next five hours.

And when dawn had finally broken o’er the horizon of Cameron’s campus, the halls of the ninth floor echoed with my heartbroken, sorrow-laden cries:

“Bioshock 2” was my first dip into the bitter pool of disappointing games. The sequel to one of the most lauded games of the decade— and certainly one of our few defenses in the “games are art, guys, really!” debate — and for it to be so underwhelming was a truly serious disappointment worth ranting about. And the worst part of the game had nothing to do with the game itself.

A full year before the game came out, one yet-unnamed magazine known as Game Informer published a lengthy article detailing the inner workings and story of the freshly announced Bioshock sequel. Readers were teased with the prospect of a dark game with a story that dealt with its own issues as well as fallout from the previous game’s ending. The final product contained none of these promised features, instead opting to shoehorn in a multiplayer section and offer as tribute a lackluster skeleton of a story, a withered, pale imitation of the first game, right down to the last act “twist.”

Just last year, eager viewers of the Electronic Entertainment Expo were treated to a very somber, moving trailer for a game called “Dead Island.” The trailer featured, among other things, a child being turned into a zombie and attacking her parents. It was heavy stuff, and the trailer set a very high dramatic bar for the game.

Mercifully, people were savvy enough to realize that, hey, maybe zombie-bashing game #413 wouldn’t exactly have the dramatic gravitas the hype suggested, so few were surprised when the fairly mindless game launched in early September.

Unfortunately, falling prey to the hype machine is as much our fault as it is the companies that drive it. Now, here’s the part of the editorial where I give you, dear readers a rundown of media literacy. Instead, I’ll break it down for you quite simply:

Stop getting over excited about the things you like. It’s just hurting you in the long run.

Being enthusiastic about a thing, whether that thing be a movie or a sequel to a game you really liked and paid $60 for, is fine. But getting so excited that you start using words like “euphoric exultation,” or “sophomoric bliss?” You’re going to be disappointed. It will happen.

Hey, remember how excited we were to see three all new “Star Wars” movies? How’d that turn out, anyway?

Terrorists behind Sept. 11 to stand trial 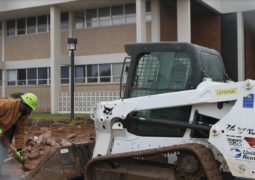 Volleyball is on a roll after two straight 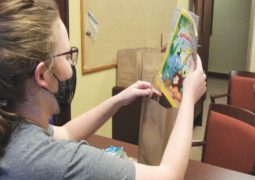 Quarantine Bags: Party for One

0 thoughts on “Editorial – Hype: seldom it is hard not to believe”