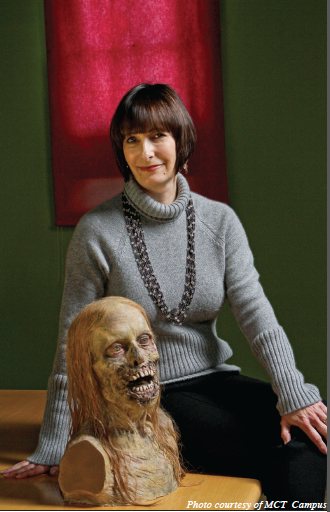 With the second season of AMC’s TV show “The Walking Dead” at a close, fans of the post-apocalyptic show are now wondering what to expect from the show’s third season, set to premiere in the fall.

The show, based on the comic series of the same name, focuses on Rick Grimes and his struggle to lead a group of survivors in the zombie apocalypse as they deal with their plight, going through daily chores and living in a different world. The comic debuted in October 2003 and is still releasing a new issue monthly.

The TV series premiered on AMC in October 2010 . Frank Darabont, director of films “The Shawshank Redemption” and “The Green Mile,” wrote and directed the first episode. During the second season, Frank Darabont was let go from his position of Executive Producer.

The first season consisted of six episodes, and the show returned in October 2011 with a second season that featured a total of 13 episodes.

The third season of the show was announced shortly after the second season’s premier, which set records with 7.3 million viewers during its first airing, garnering 11 million upon the encore presentation that aired immediately after.

The finale of the show’s second season, which premiered on March 18, hinted at different aspects from the comics that are set to be appearing in the third season, including a new cast member and a new location for the cast.

One character from the comic series, Michonne, appeared in a brief cameo in this year’s finale, wielding swords and carrying two jawless and armless zombies behind her. The character, initially appearing in issue 19 of the comic, even has a prequel comic based on her that was featured in the March 2012 issue of Playboy magazine. Michonne, despite being portrayed by a stand-in actor in the season two finale, will be played by Danai Gurira upon the show’s return in the fall.

Another aspect of the comics hinted at in the season two finale was the prison, a location that is featured in over 30 issues of the comic series, and introduced new characters, such as inmates Dexter, Andrew, Thomas and Axel, into the story.

Within the story of the comics, the prison eventually led to the characters stumbling upon another community called Woodbury. Though it is not explicitly stated in the show, some online fans have speculated that the community mentioned in the latter half of season two may be the Woodbury from the comic series.

In the comics, a character known to audiences as Phillip Blake, also referred to as the Governor, led Woodbury.

The Governor first appeared in issue 27 of the comics, and has since been listed as IGN’s 86th Greatest Comic Book Villain of All Time. A novel based on the character’s origins, entitled “Rise of the Governor,” was released in October 2011. Before the close of the show’s second season, it was announced that British actor David Morrissey would portray the antagonist in the show’s third season.

While the show is gearing up for its third season, the comic book series is still going strong, with its landmark 100th issue set to debut this July, featuring nine different covers from different comic book artists, including the series’ regular artist Charlie Adlard, as well as artists Todd McFarlane, Sean Phillips, Marc Silvestri, Bryan Hitch, Frank Quitely and Ryan Ottley. The 16th trade paperback for the series, featuring issues 91 through 96, is also set to hit bookstores in June.

The third season of “The Walking Dead” does not have a set date to return as of yet, but is expected back in the fall with a confirmed total of 16 episodes.