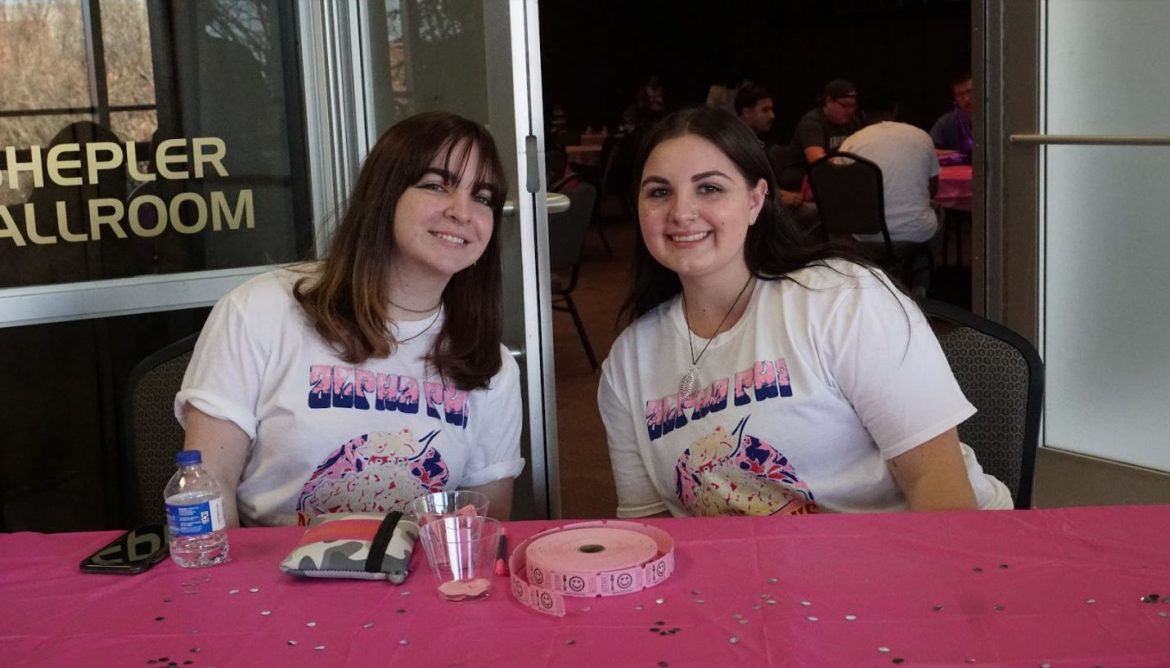 Individuals were invited to dig into a wide selection of macaroni dishes cooked by sorority members.

Tickets for the fundraiser were sold across campus for $5 a piece. Everyone was given the opportunity to purchase their ticket prior to the scheduled time.

Attendees of the Mac n Phi had the chance to indulge in an unlimited amount of mac n’ cheese and were encouraged to eat to their heart’s content. The noises of laughter and talking filled the room as the fundraiser continued throughout the night.

All proceeds from the event went towards the Alpha Phi Foundation, where they are divided and donated to cardiac-related research.

Students and others from across campus enjoyed an evening filled with a variety of cheese and pasta while they relaxed as the sorority raised funds for their cause.

The sorority established and held the event within the Shepler Ballroom. Many gathered to partake in the comfort food and have a great time.

“Mac n’ Phi’s is a fundraising event we’re hosting for our philanthropy,” she said. “We’re raising money and gathering donations for things like cardiac care and research.”

Debartolo noted the history of their philanthropy fundraisers as a whole and the event’s similarity to previous fundraisers.

“In the past, they’ve had events similar to Mac n’ Phi’s,” she said. “It’s kind of like our traditional events to raise money.”

Mac n’ Phi’s is one of the few fundraising events held by Alpha Phi that benefits the group’s philanthropy. Some of the sorority’s main objectives aim to benefit groups such as Women’s heart health and other fundraising groups by creating fun charitable events focused on individual causes.

In previous years Alpha Phi has tried to host similar events as big as this year’s Mac n’ Phi. However, prior attempts at establishing a fundraiser have led to smaller turnouts.

Organization President McKenzie Choate discussed the difference between this semester and the future goals for the sorority regarding fundraiser events.

“Our main goal for this semester and next semester is to raise more money for our philanthropy,” she said. “Last year, we were able to raise twice as much as we have done in the past five years, so we’re just trying to double that.”

Choate also talked about the potential growth garnered from events such as Mac n’ Phi’s and expressed her hopes for the organization’s future.

“We’re trying to host bigger events like this campus-wide. We’re also trying to reach more students not only to raise money but for recruitment as well”, she said. “Kinda wanting to get our name out there a little more and get some more girls interested.”