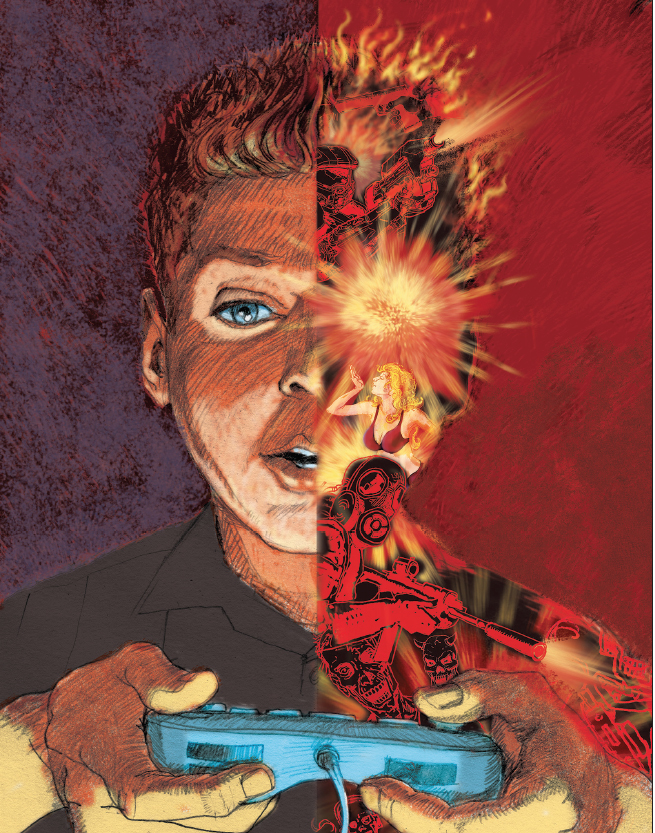 Sequels, prequels and interquels have filled the gaming industry over the past few years. Some video game journalists designated 2011 as “the year of the sequel,” and this year is no exception.

So far this year, the industry has seen a Metal Gear sequel spin-off, a Gears of War and God of War prequel, and now this year we’re even seeing series reboots such as Devil May Cry and even Tomb Raider. That’s only the first few months of this year with only have two-thirds to go in the never ever ending sea of sequels.

We still have another entry in Assassin’s Creed, Call of Duty and our favorite sport of choice right around the corner. These titles are even yearly releases which should start taking a little bit of a back seat with gamers and fans of these series feeling compelled to purchase the newest release of their beloved titles.

As a fan of the Assassin’s Creed series, I actually loved the first entry of the series despite some complaints about the repetition in it. Collecting information about a target, planning an attack, escaping from the scene and running through alleyway to alleyway and from rooftop to rooftop were great experiences.

Then came its sequel a couple years later. It brought more positive reception from my fellow gamers. It still challenged players to gather information about the target, but the thrill for planning attacks seemed a little watered down.

After the second one, the wait for the third title began. But did the third title come out immediately after a couple years? No. Instead, two other sequels that took place before the third title which then became yearly releases that added more to the plot.

If developers are going to go with a game that is going to have yearly releases, there should be an expansion set similar to how PC games are developed. There should be a core game for the retail $60 and maybe a digital download patch or physical expansion for $30 or $40 for players to purchase.

It would certainly save our wallets from coughing up a good portion of our pay checks for a new entry of our beloved series rather than pumping another $60 to the developers that would turn it around for a quick entry and another chuck of our money.

I can actually understand why sports games have yearly releases. With new players coming into and leaving the professional leagues, rosters change and thus need updating. As a solution, I feel sports games developers should create the game and release a new players pack for a small fee if the roster has any changes.

Rather than popping another title with the same players and coaches, a new game for a next gen console for $60 would feel more justified.

However, since EA Games now has secured the rights to create and publish the official games for NFL, NCAA, FIFA and NASCAR, there is no chance that this might actually happen. It has a reputation for money grabbing — especially with their recent move with Dead Space 3 because it has players engaging in real money micro transactions for weapon upgrades.

Are sequels destroying the gaming industry? I would say they are not because the continuation of good stories are always in demand as people would like to know more on what happened to the characters they have grown attached to and what new gameplay mechanics could be introduced or improved upon.

However, if the majority of new titles are sequels lack originality, new games could put a strain on the industry. Then again, it is also human nature to stick with what we are familiar. The audience that has grown up with gaming industry is gravitating to what it already knows and likes.

Sequels and spin-offs are not necessarily a negative thing with video games if done in moderation and plenty of original titles to keep the industry and the market fresh and appealing.

If there is a year with many sequels, then the games should have new mechanics and innovations to where the setting is familiar and the game still feels like its predecessor. We often go on a new adventure in sequels and it should feel that way — a new adventure with new changes to keep our journey fresh.