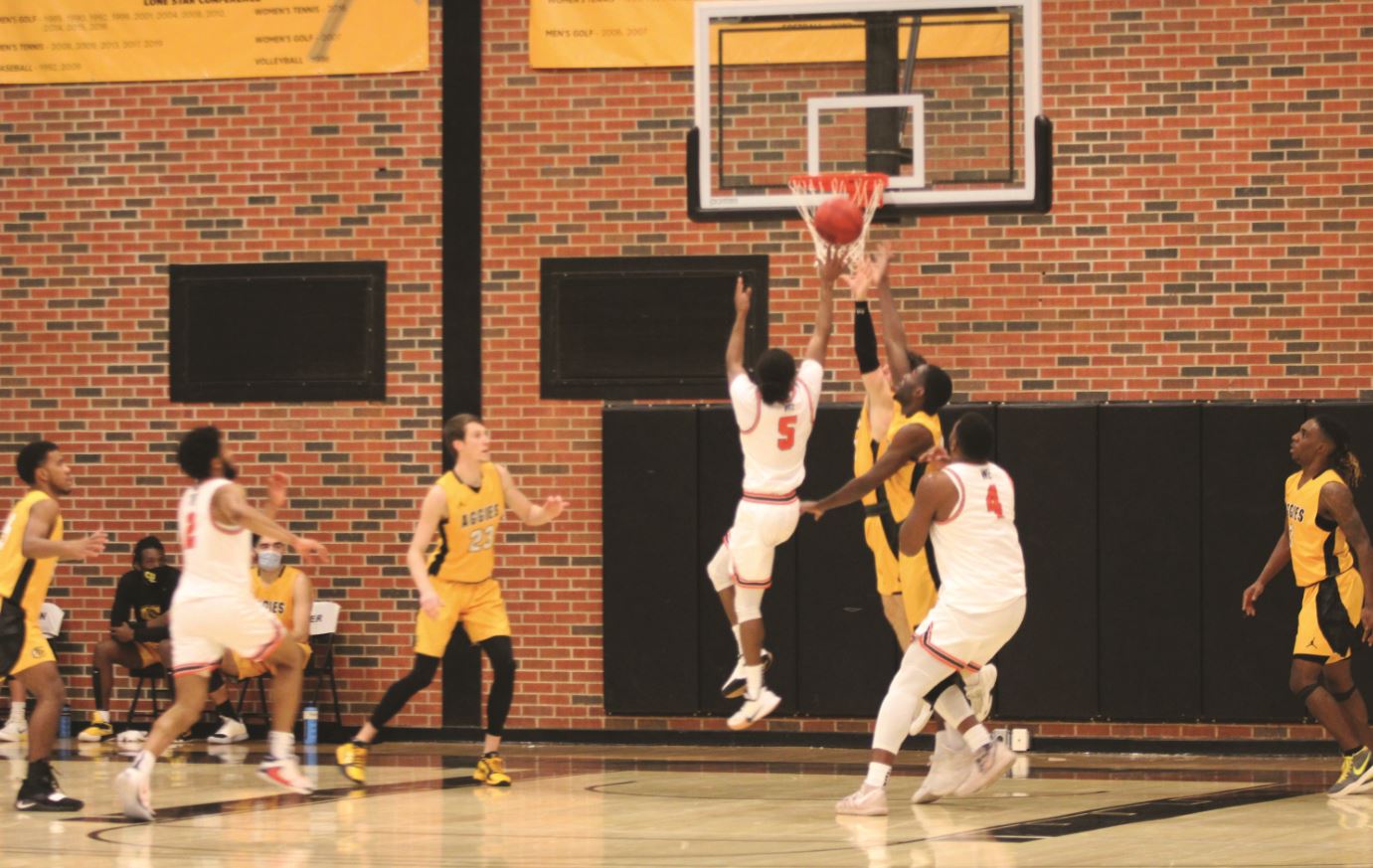 The Cameron University men’s basketball team did not have a lot of success in the 2020/21 season.

Cameron played in 17 games this season, with only two wins, and it is highly frustrating how they have lost some of those games.

So what exactly have been the issues for this team?

Well, the reason the CU men’s basketball team has been able to keep some of these games close is because they have a pretty strong offense when all players get on the same page.

Junior guard Brock Schreiner has quickly emerged as the clear leader of the team.

He is currently number eight in the Lone Star Conference (LSC) in scoring and is one of the leaders in almost every other statistic.

This season, Schreiner scored 275 points, which is over 100 more than anyone else on the team.

He had a stellar individual season.

But, the Aggies have not had a winning season since 2016, and it is pretty clear at this point as to why: The defense has become stale and underpowered.

When offense works so well, it is easy to put defense on the back burner, but as the Aggies have shown, this is never a good idea.

The old adage in sports that “defense wins championships” is a statement that carries a lot of truth.

It is very clear that the Aggies are being held back on defense, which makes it all the more aggravating when you see the potential they have on the roster for the defensive side.

In his freshman season, Marques Warrior Jr. has made waves leading the team in steals on defense while still being the second-highest scorer for offense.

Warrior has been having quite an impressive season and has helped show the team’s potential.

Junior Kendall Scott and sophomore Connor Slater have also played very big roles when the Aggies have been successful.

Scott and Slater are the team’s two leaders in offensive and defensive rebounds, and both are in the top four in scoring for the team.

Slater has 12 blocks this season to go along with it.

Seeing all this would make you think the Aggies defense would be up to the task of stopping opposing teams, but Cameron is ranked last in their conference in total defense.

They have given up an average of 84.8 points per game, the highest in the LSC and a total of 1,442 points, which is the second-highest.

A&M coincidentally has the number one offense in the LSC.

The Buffaloes were quickly able to take advantage of Cameron’s weaknesses on defense and maintained control for the entirety of the game.

This was especially frustrating considering Cameron played A&M in a previous game and lost by only four points, 86-82.

The Aggies were hoping for a better performance in the rematch, but it seems that the Buffaloes were able to learn from their first meeting and fix the mistakes needed to dominate the second matchup.

Time and time again, it has felt like the Aggie basketball team was so close yet so far away from getting a win.

It is obvious that this team has the ability to go out and score on offense and put up the big numbers needed to be successful.

The sloppy decision making on defense is a big open wound for this squad, and other teams have easily taken advantage of it many times.

There are a lot of good players on this team who have all been successful individually, but for some reason, it has not translated into success for the team as a whole.

The Cameron defense at times seems to be a one-man team of whoever has the best game that night.

If the Aggies don’t get their level of play on defense to the same level as offense, they are going to run out of time with this talented crop of players.

Cameron has plenty of really good players but the team continues to get in its own way.

Hopefully these problems will eventually correct themselves with time and practice.

For more information on Aggie basketball and other Cameron Athletics, visit CameronAggies.com.