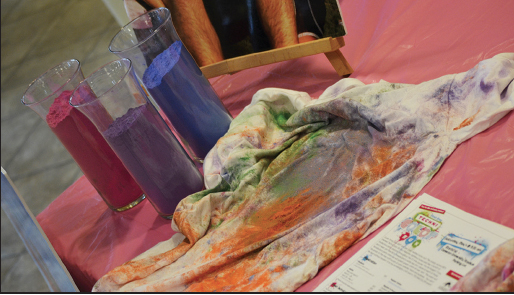 Cameron University has teamed up with Comanche Country Memorial Hospital to host Lawton’s first ever TechniColor Run. Proceeds from the 80’s themed run, which will shower its participants in powder and liquid colors throughout the race, will go to the Children’s Starlight Fund — a fund dedicated to the enhancement of pediatric services.

“There are a lot of runs that happen throughout our community but there are not a lot of connection in those, so a lot of these different community partners who create the runs got together and created the Fit Kids and Fitness in Action series,” Vice President Holland said.

Vice President Holland explained that the TechniColor Run was planned in an effort to sustain consistency with the physical activities of the series.

“We wanted to continue that consistent calendar of events,” she said.

TechniColor runs are the new craze among runs, according to Vice President Holland.

“The idea of a color run is, you start out this 5K course with a white shirt and you go through different color stations throughout the course and at each station you get plastered with different colors so by the end of the race you’re kind of a tie-dyed masterpiece,” she said.

There will be five color stations at the CU TechniColor Run representing different community organizations and schools. The powder and liquid color at the color stations is created with powder paint and cornf lower. CU created its own color because it was more economical and according to Vice President Holland, keeping the cost relatively low could attract more people to participate in the run.

“We’ve been testing [the color] out, trying to get it just right,” she said. “We’ve tested it out on our clothes and our hair and face.”

The run will be preceded by packet-pickup day on May 3. During this time, participants can collect their packets for the run, which will include a t-shirt, bib, bandana, sunglasses and other goodies. That evening, those registered for the run are invited to a movie night.

“We’re going to show Pitch Perfect out on the lawn, in front of the MCC,” Vice President Holland said.

The event is open to people of all ages. The registration fee for students and those under 18 is $15.

“We’ve kept the price, intentionally, at $15 for all students — regardless of what grade you’re in,” she said.

Though Vice President Holland is projecting approximately 1,000 runners, she predicts the registration fees will not amount to what it cost to put on the race. She said, however, this does not necessarily concern her.

Non-student adult prices are initially $30 but will rise to $35 a week before the run.

“It’s not competitive, it’s not timed — it’s really just for fun and for charity,” Vice President Holland said. “We are thrilled not only to be providing a cool activity that’s focused on good health practices for our community but also to be raising money for the Starlight Fund.”

To register or to find more information on the event, visit www. technicolorrun.com. 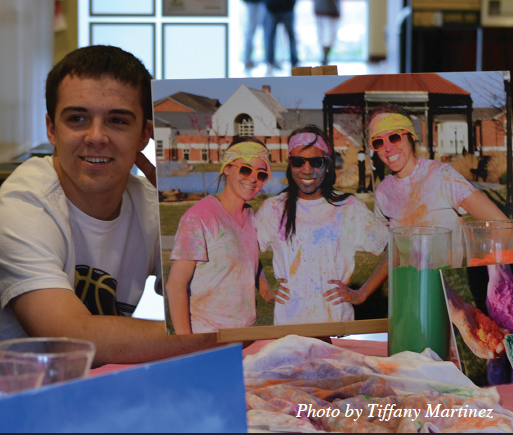