Cameron University’s Magic Lantern Film Society welcomed Trekkies of all ages to its showing of Star Trek II: The Wrath of Khan.

In the final installment of the Magic Lantern Film Society’s 2012-2013 film series, the organization invited CU students, community members, retired faculty and more to watch the Star Trek episode “Space Seed,” followed by the showing of The Wrath of Khan. The screening began at 6:30 p.m. on April 13 in the CETES Conference Center.

Advisors Professor of English John Morris and Professor Emerita Sherry Newell – both Star Trek fans – were in attendance. Professor Emerita Newell graced the audience in her authentic Star Fleet uniform. She spent a part of the evening showing audience members her Star Trek memorabilia and autographed items from throughout the years.

Dr. Morris said the decision to show the movie was a result of solicitations from students and guests. While the Magic Lantern Film Society had screened similar movies such as Star Wars in the past, Dr. Morris said the organization has never shown Star Trek.

“We actually solicitate suggestions from people who come to watch the films. This [Star Trek] was put forward. We have never shown it,” he said. “She [Newell] always wants to show the best in terms of context. If we are go to show a Star Trek movie, we are going to have to show the best one, which is Wrath of Khan.” 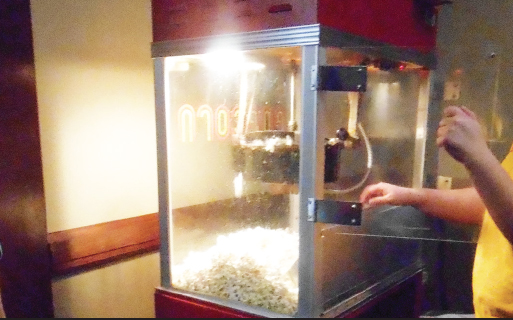 Dr. Morris began the evening by continuing Magic Lantern’s serial showing of the Lone Ranger. Guests were welcomed to popcorn and other snacks as the night soon ventured to the final frontier.

Dr. Morris said the group decided to show the original episode “Space Seed” to allow students to see Khan’s origins and experience the beginnings of the Star Trek franchise.

“We are going to show the original episode from the series so people can see where it comes from,” he said.

Dr. Morris said there is more to the movie than just the sci-fi aspect. Events and references in Wrath Khan can be seen as social commentary. He also said fans of literature will enjoy the film for small appearances of their favorite classics.

“There is an interesting story about regenerating dead planets which people are thinking about doing such a thing, which is a comment about that,” he said. “Plus there are quotations from literature. Khan is quoting Moby Dock right and left. And the music is fun. It is just fun.” 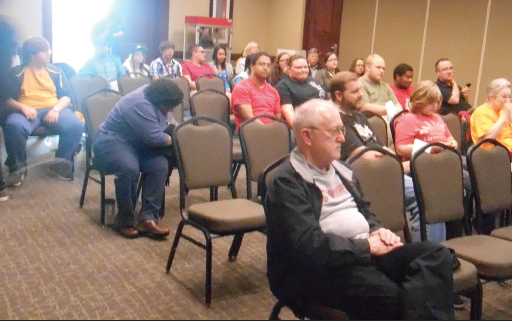 Before the night ended, Dr. Morris and Professor Emerita Newell awarded its organization’s officers with certificates, handed out door prizes and announced its movie line-up for the 2013- 2014 school year.

According to Dr. Morris, the Magic Lantern screenings are free and open to the public. He said he loves for CU students to come to the events to see something new.

“It’s free. We are the best bargain around,” he said. “There are people from the community that have come for years. We get Upward Bound students who come to our film as a cultural event. If you haven’t seen a movie like this, this is why we show them.”

Overall, Dr. Morris said he hopes viewers have fun watching the movie. He said the feel for the old television is perfectly displayed in the movie, allowing old and new viewers to relive the adventures of the Enterprise.

“I just hope they have a good time,” Dr. Morris said. “It is a pretty good story. There is a lot of drama in it. The interplay between the characters is wonderful. The feel for the old series is back. It’s just fun. It’s not great drama, but it is a pretty good science fiction movie. We hope people enjoy it.”