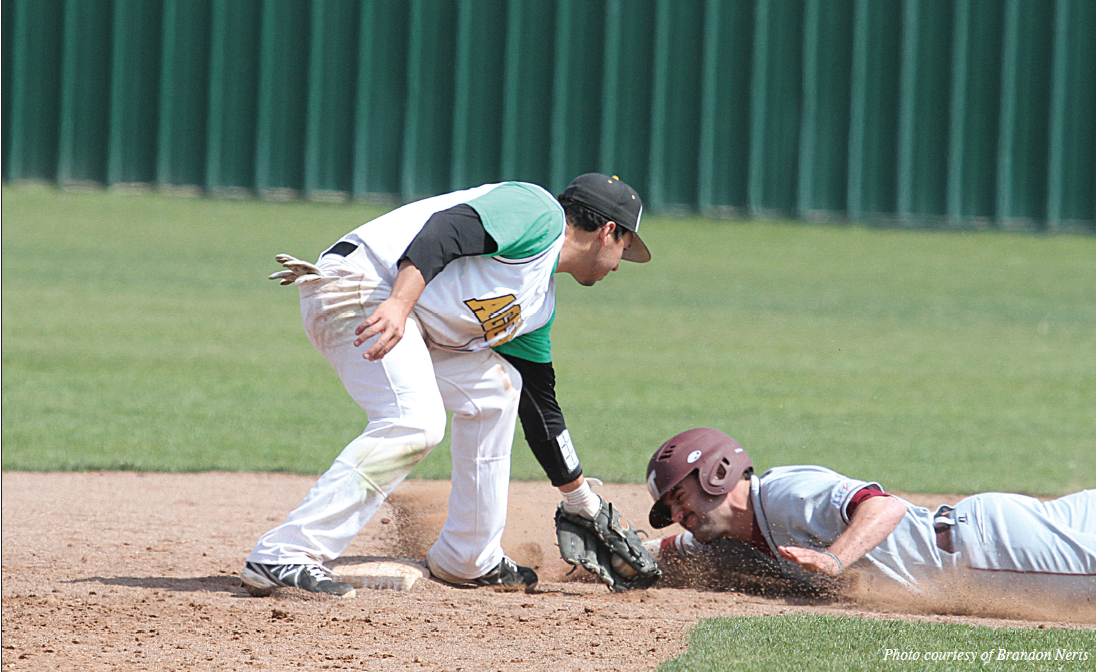 The Cameron University baseball team has had a rough season with much less than a winning record after six straight losses this month, four of which were to Eastern New Mexico. This brings the Aggies record to 8-16 for the year. The Aggies traveled to Portales, NM, to play a four-game series on March 22-24.

Game one for the Aggies was a hard loss as the Greyhounds jumped to an early 4-0 lead in the bottom of the first inning. The first four runs were scored on six hits. Senior Kenny Acosta was the leader of the Aggies with two doubles and one run scored. Junior Brian Schwabe allowed eight runs on 12 hits with three walks and two strikeouts on the day’s loss.

Cameron scored in the top of the second inning after Acosta hit his first double on the day and later crossed the plate on an ENMU error. Eastern New Mexico scored one more run in the bottom of the third, three more in the fourth and once again in the fifth.

The Aggies made a fighting effort in the top of the sixth after a leadoff walk by junior Brandon Raidy who was later brought across the plate after junior Keaton Green hit a double. Senior Thomas Galvan hit a single down the right field line bringing Green in for the Aggies third and final run of the game making it a 9-3 ballgame, Greyhounds.

ENMU scored their final run in the bottom of the sixth on a sacrifice bunt to plate their 10th and final run.

Game two took place on March 23 and the outcome was much worse than game one. The Aggies took a 20-10 loss against the Greyhounds who had 19 hits against the Aggie pitching staff.

The game was originally scheduled as an afternoon doubleheader but was changed to one 9-inning game after a report came through that high winds were expected for the afternoon game. The 9-inning game began at 10 a.m.

The Aggies started the first five innings without a single run plated. Junior Brent Hendy started the game for the Aggies pitching staff, throwing 2.1 innings and allowing 10 runs (seven earned) on nine hits. He also only walked two batters and placed three Ks in the books for the Ags.

In the top of the sixth, the Ags finally showed some offensive initiative plating 8 runs. Raidy had four RBIs in the inning and scored once himself. Senior Colton Davis had two RBIs in the inning off a single. The Ags scored two more in the top of the seventh where their bats ceased to bring in runners for the remainder of the game. The Greyhounds scored one more in the bottom of the sixth. The final shot across the bow was taken in the bottom of the seventh when the Aggies got run ruled after a leadoff homer and the other four runs being plated bringing the final score to 20-10, Greyhounds.

Head Coach Todd Holland explained that his team was having a hard time with the fundamentals of the game and it seemed as though they just did not want to play.

“We got out there and we just struggled playing catch,” Holland said. “It just was not a good start from the go, the day before we rode in on a bus for six hours and got out there and tried to play. The weather was not great, but there is no excuse for it because most of these kids have been playing for 15 plus years of their lives so it should be second nature but we just got out there and could not catch a baseball or throw it to save our lives.”

The first two games of the four game series were all about the bats, whereas the final two (that were played in a double header on March 24) were all about the pitching staffs. The Aggies struck first in game three with a leadoff single from Galvan. Galvan was pushed over to second on a Green sac bunt and finally junior Kaz Sanders brought Galvan home with a single down the right side. This was the Aggies only run in the 2-1 loss to the Greyhounds.

Coach Holland explained that it is a rather simple concept to winning baseball games and it seems as though the Aggies are struggling with that concept.