Aggies struggle down the stretch

Driving force: Junior Keaton Green sends a single into left field scoring a run against Southeastern Oklahoma April 16 at McCord Field. Green finished 1-5 with an RBI and one run scored as the Aggies fell to the Savage Storm 6-3.

The Cameron Aggie baseball team had a tough battle with the Wildcats of Abilene Christian University on April 12-14 in Abilene. The Aggies played the Wildcats in a four game series and walked away with only one win. That win came in the form of a shutout against the Wildcat’s number three pitcher and Aggie junior Drew Reidt on the mound for Cameron.

Game one for the Aggies and Wildcats was played on April 12 and saw the Aggie’s bats in full support of starting pitcher Reidt who threw all nine innings on the day, putting Reidt’s record on the season at 2-3. Throughout the game Reidt only allowed six hits, walked two and recorded two Ks. The Aggies offense however, came up with eight runs on 11 hits and one Wildcat error.

Senior Nick Smith helped the Ags charge forward as he went 3-5 on the day, with one RBI and a run scored of his own. Junior Brad Blumer and senior Kenny Acosta both had two hits one the day and each scored one run. Blumer also recorded one RBI, while Acosta posted an additional two RBIs to his stat card. Senior Thomas Galvan also had two hits on the day.

The Aggies came out bats swinging in the first inning and connected to bring three base runners across the plate. Junior Keaton Green led off the inning for the Aggies with a single to center and was followed by a single down the left side from junior Kaz Sanders. Smith followed with a single of his own in the three spot, scoring Green and putting Sanders in scoring position, who was then driven in by a sac fly from Blumer. Acosta stepped up to the plate for the Ags in the six-hole and drove in Smith on a double down the left side. After being credited with an RBI, Acosta was left on base as the inning came to a close.

The game then turned into a pitchers’ duel between Reidt and ACU’s number three, Herrera. Neither team scored through the next four innings. The Aggies did add to their 3-0 lead in the top of the sixth when Blumer reached on a one out double and was later driven in by Acosta. Acosta was then plated on a single from Galvan, but Galvan was thrown out at second after trying to extend his single into a double to end the inning.

Cameron added two more to the board in the top of the seventh as Senior Colton Davis led off the inning for the Aggies with a walk and then advanced to second after a pitch hit senior Kevin Lum. Both Aggies advanced on a balk then Davis scored on a groundout to first from Sanders and Lum later scored on a single to left from Smith.

The Aggies posted one more run to the board before the game was over in the top of the eighth. Reidt then allowed only one hit in the bottom of the eighth and then shutdown the Wildcats in one, two, three fashion to seal the shutout.

The Aggies were unable to carry momentum forward and went on to lose the next three games 2-1, 4-3 and 12-4.

Head Coach Todd Holland explained his Aggies had the opportunity to capitalize in the series but just could not really bring everything together to get into the win column.

Tuesday, April 16 the Aggies took the field at home against Southeastern Oklahoma. The Aggies recorded a loss to the Savage Storm in just that style. Winds were whipping from the northeast at 20-25 mph with an overcast sky to stage a gloomy day for baseball.

CU got a solid start from junior lefty Justin Walker, who went four straight innings only allowing one earned run and struck out three from the Storm. Junior Tim Eason came in to relieve Walker and in his 2.1 innings pitched allowed two earned runs and recorded two Ks. Left-handed Junior Will Smith came in and took the loss for the Aggies in the seventh and in his two innings pitched, Smith gave up two earned and struck out four.

The Aggies, after two and a half scoreless inning, finally posted some runs in the bottom of the third to take a 2-0 lead, but the Savage Storm answered right back with a run of their own in the top of the fourth. Southeastern put up another run in the fifth to tie the game at two. In the top of the sixth they added yet another run to go up 3-2 on the Aggies.

The Black and Gold answered in the bottom of the sixth to tie the game at three. After two quick outs, junior Brandon Raidy reached second on a dropped ball by the center fielder. He then moved to third on a passed ball and then scored on a wild pitch. The Aggies did not score again in the game as the Savage Storm posted three more total runs to bring a 6-3 victory in their favor.

Coach Holland said that his team had chances to win and you cannot really look toward an ump as an excuse for a loss.

“We had the chances to win,” Holland said. “But you also cannot look toward an ump as an excuse, sure there are going to be bad calls, but that is baseball and you have to live with it and like I said, you never quit, you try to win every game and play hard.” 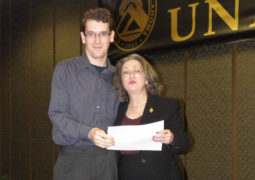 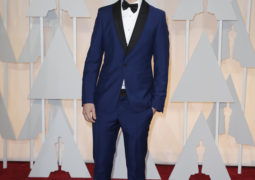 0 thoughts on “Aggies struggle down the stretch”