The arena was dim as neon lights flashed across the walls, panning over audience members as they filled the stands. A line of people waited outside in the cold, ready to make their way into the Great Plains Coliseum to enjoy Lawton’s first-ever Fists of Fury Cage Fights.

Officials surrounded the cage as an announcer entered the ring, introducing the judges and sponsors for the evening. As people found their seats, Coors Light girls made their way through the crowds with tubs of beer for thirsty viewers. The audience was asked to stand for a rendition of the National Anthem.

Fourteen fights were listed on the card, two of which were professional fights with a title belt on the line. For the first time in Lawton, a women’s mixed martial arts fight was on the docket as well. Mark Carter served as referee for the night, while Bobby Higdon, Sofia Vaughn and Sarah Siler acted as judges. Coors Light was the main sponsor of the evening, along with Billingsley Hyundai, Apache Casino Hotel, K-Law 101 and East Gore Discount Tobacco.

The first fight featured Oklahoma fighters Jose Rodriquez of Lawton and Robert Hoffman of Hobart. Each fighter was escorted to the ring with a posse of five or six men as their weight and previous record were announced. Two rounds ensued in which Rodriquez maintained control. Hoffman was a good sport however, clapping for his opponent as he himself rose for each new round. Fifty-seven seconds into the third round, Rodriquez was declared the winner by RSC, meaning “referee stopped contest.”

Ring girls in string bikinis carried cards declaring each new round. The second fight was fought between Julian Learned of Edmond and Nathan McGill of Atlanta, Texas. Learned’s girlfriend cheered from the sidelines as the 18-year-old fighter submitted McGill one minute and 28 seconds into the second round.

The evening continued with fights three, five and six being won by decision. The fourth fight was fought between Brian Maurer of Chickasha and Derek Stewart of Ada. Stewart won on a submission from his opponent one minute and 12 seconds into the third round.

The crowd erupted for the seventh fight, as Cody Dickson of Ft. Sill won against Nicholas Palanish of Dallas by T.K.O., or technical knockout. It would be the only victory by knockout all night.

Immediately following the seventh fight, intermission was announced. Enough time was given so spectators could run to the restroom and refill their beers before the fights commenced again.

The eighth fight was a disappointment for those who viewed cage fighting as a spectator sport. The crowd booed as Lucas Queen of Harrah, Okla, submitted Jason Griggs of Atlanta, Texas a mere 33 seconds into the first round.

Jessy Griggs of Lawton won the ninth fight against Tolutomi Agunbiade of Wichita Falls by unanimous decision. Griggs has been fighting for three years and said he expected the win.

“My opponent is extremely good on the ground. He’s 5-0 and has submitted all of his opponents in the first round,” Griggs explained. “My goal was to keep it standing, take my shot and not get hit.”

The tenth fight marked the first women’s MMA fight in Lawton. Ashley Cannon of Dallas and Michele Buckland of Atlanta fought it out for three rounds before Cannon was declared the winner by split decision.

Following a quick win by Shakir McKillip of Chickasha by RSC, the title fights commenced. In the two amateur title belt fights, Marcus Sanchez of Chickasha and Jason Anderson of Norman emerged victorious. The night concluded with the main event: Rodney McSwayne of Lawton vs. Preston Snook of Moore. Following his victory by submission three minutes into the second round, McSwayne explained his motivation.

“I just want to do good for Lawtonians,” McSwayne said. 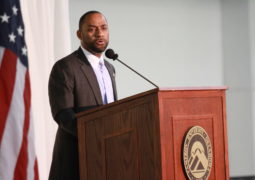 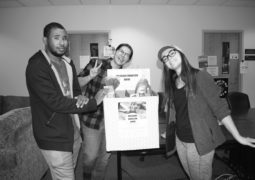 Paying it forward for Wildcare 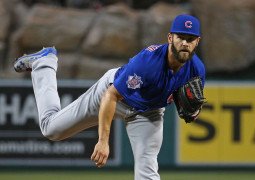 Predictions for the 2016 Season 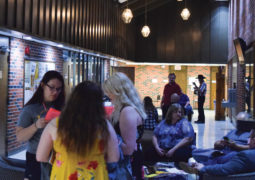 0 thoughts on “Fists of Fury a Lawton knockout”