Coming together and showing support

The Support Ryan “Tater” Nix Poker Run and Car Show benefit was held on Saturday, Nov. 3, at the Fubar Saloon.

Megz Shroomz, a 24-year-old CU freshman psychology major, organized the event with the help of the Bandidos and Malvados motorcycle clubs and the Callejeros riding club.

According to Shroomz, all proceeds from the event went toward the continuously rising medical costs for 24-year-old Ryan Nix. Nix was critically injured on Sept. 19 when a school bus failed to yield, hit Nix on his motorcycle and ran over him.

“It is a miracle that he survived. That was a month and a half ago,” Shroomz said. “Currently, Tater has been taken off the ventilator and he is breathing on his own. He is trying to talk and starting to move a bit, which are great signs.”

Shroomz said that she and Nix became friends after he stood up for her when other students picked on her for being a new student at Lawton High.

Since the accident, the cast has been removed from Nix’s right arm, and a skin graft was done on his right leg to attempt to repair a ripped muscle on oh his calf. Shroomz said that Nix’s right leg remains in traction.

“They were really concerned about his ICP — which is intracranial pressure in his brain — but a week or two ago, they took out the bolts that were measuring the pressure.” Shroomz said. “The swelling has gone down, and now they are waiting for his brain to heal and see what is going to happen. They really don’t know yet if he sustained any brain damage. It’s just very slow progress right now.”

Approximately 60 riders from several motorcycle clubs from around the state — with two motorcycles in the show and 29 cars and trucks representing several car clubs — showed their support by entering the event.

Kenny Sellens, a member of the Tricked Out Car Club, entered his 1948 GMC half-ton pickup in the car show as a way of contributing to the benefit event.

“I try to give to local charities,” Sellens said. “If I can do some good for somebody, I really enjoy it.”

“Together we can make a difference in somebody’s life, and if we are there to help pick someone up when they fall and if we keep encouraging them, anything is possible,” Shroomz said. “So many people – even people from all over the state – came together for this event to help a fallen Lawtonian.”

Shroomz said that no one should ever give up.

“When the going gets tough, get tougher, and do not ever give up. Just keep fighting. It is a continual process – you just keep going. When you instill that in your mind, it can really help you in any situation, whether it is losing weight or like Ryan’s situation,” Shroomz said. “He has already made leaps and bounds toward recovery since the day of his accident. It’s a marathon, not a race, and every baby step taken is a step closer to recovery.”

A local benefit fund has been established for anyone who would like to help Nix and his family with the medical costs. Deposits can be made at Fort Sill Federal Credit Union. Donation deposits as well as checks or money orders should be made to FBO Ryan Nix. Donations may also be mailed to MMC, P.O. Box 7798, Lawton, Okla., 73506.

Those seeking more information may call 580.695.1210 or visit the official website at www.facebook.com/ SupportRyanNix. 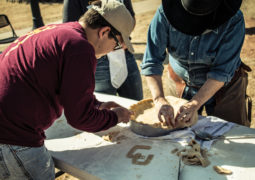 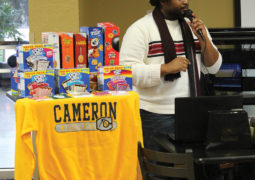 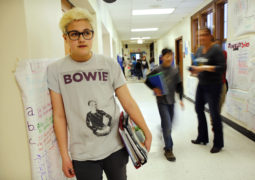 Complexities & Congruence: The Many Faces of Trans Lives 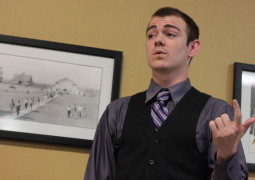 Forensics team puts on a show 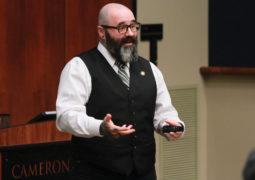 Media Literacy in a Post-Truth Age

0 thoughts on “Coming together and showing support”