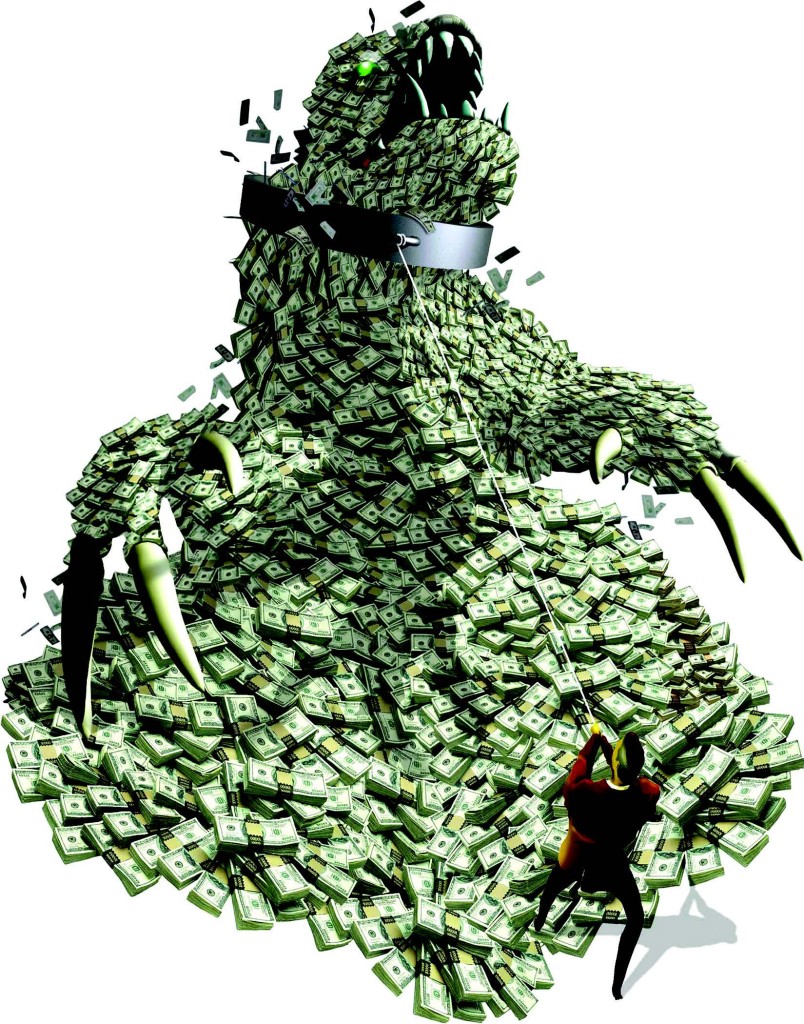 Hollywood has gotten greedy. When I say this, I mean that it happened a long time ago, but I was too slow to catch on until the 3D craze of the most recent years. Having already ranted about that on numerous occasions, though, I feel that it’s time I tackle a newer, but no less ludicrous problem in the film and television industries right now: the double dip.

We have all seen it take place at this point, whether it be the stupid decision to split the “Harry Potter” finale into two parts, or the multiple releases of “Evil Dead” on DVD and Blu-Ray, with different special editions released every few years with one or two additional features. At first the nerds sang out in a collective chorus over a star commentary courtesy of Bruce Campbell, but now we all moan and complain each time we see the release date for a new one.

The re-release of older films in theaters also shows the greedy Hollywood agents grabbing at our pockets. I cannot tell a lie, I did go see “The Lion King” last year when the movie found its way back to the local theater, and I enjoyed it. Disney, please stop making me give you my money. At least my parents can be thankful that it is not their money being wasted now, though.

The splitting of movies into parts instead of longer films also shows a big change in the industry. Movies that would originally be anywhere from three to four hours are now trimmed into two halves and thrown at the general public within one year of each other. Though it was not a trend until the split of “Harry Potter and the Deathly Hallows” into two parts from November 2010 and July 2011, it was done before with “Kill Bill” in 2003 and 2004. Gone are the days of the epic films with intermissions to give the audience time to breath, and here are the films that make the audience wait for months to see the conclusion, taking a bit more of the audience’s money while they ride off into the sunset. The last film I can even recall featuring an intermission is “Grindhouse,” and that film was really two films put together.

The rise of Blu-Ray gives studios even more reason to milk their customers dry, releasing newer editions of movies with seemingly state of the art graphics and sound. The rule of thumb that I use with these re-releases of films on Blu-Ray is to not buy them unless you don’t already own them on DVD. I broke that rule with the “Star Wars” box set last year, but do what I say, not what I do.

Though I had found this trend palatable before, the final straw for this nerd was the recent news that broke concerning the prequel to the “Lord of the Rings” trilogy, “The Hobbit.” The book was set to be released in two parts, already angering some fans who thought that the studios were milking them of their money. Apparently, two was not a big enough number for the studio, who would later announce that “The Hobbit” would instead split into three parts to be released in December 2012, December 2013 and July 2014.

What possible reason is there in splitting “The Hobbit,” a book far shorter than any of the individual “Lord of the Rings” novels, into three parts, other than money? While I was initially excited about the project’s release, I am now hesitant to throw my money in the direction of the studio for fear that the film will then be split into four parts when they realize how much additional money they can make. Granted, I probably still will throw my money at the studio because I’m a hopeless nerd, but I would like to think that I have the will to stay away.

At this point, what is there that we can do? Sadly, with the way the general audience is, the chances of seeing a longer movie with an intermission are done. The box office returns for “Grindhouse” in 2007 proved that point, and nothing like it has been attempted since. With the impending releases of the second part of the last film in the “Twilight” series, as well as “The Hobbit” trilogy and the announcement of the third “Hunger Games” novel being split into two films, it has become very apparent that Hollywood is trying to rob us blind.