Coming together: Members of the International Club sing their rendition of Michael Jackson’s “We are the World” at a banquet Oct. 5. The banquet was held in the McCasland Ballroom and helped raise funds for the club.

The evening started with a silent auction and a display of different items from various countries.

Emake Ugiomoh, senior Biology major and a member of the International Club, was the emcee for the event.

The event started with a welcome note from CU President Dr. Cindy Ross, who welcomed the guests to the event and explained the significance and the importance of having international students at CU and the Lawton community.

The guests had an opportunity to taste dishes from different countries. There were delicacies from the Caribbean, Germany, Nepal, China, India, the Middle East and Italy.

The guest speaker was Antoine Ehouman, a graduate of Agricultural Science and native of Cote D’Ivoire. Ehouman shared his experiences of earning a college degree thousands of miles away from home. Ehouman is presently a project manager trainee at Smithfield Food in Pampa, Texas. He started his speech quoting Chinese philosopher Lao Tzu.

“A journey of a thousand miles must begin with a single step,” Ehouman said. “I think every international student in this room can relate to this quotation, especially as we reflect on how our own journeys started.”

He explained how joining various clubs and participating in school activities has helped him develop himself and his relationship with people.

“I got myself involved in clubs and activities around campus that will not only benefit me, but CU as a whole,” Ehouman said. “Although my families are thousands of miles away, I found a family with other international students and the American community at CU.”

The 2012-2013 CU International Club Scholarship of $1,000 was given to Silika Shakya, a Medical Technology major presently training at the Comanche County Memorial Hospital.

The entertainment section featured various dances from Nigeria, the Caribbean and Nepal. There was also a sneak peek of the CU@Fashion Week 2013, which Merita Tyrell-Mitchell organizes to raise funds for international students.

The international student group also performed Michael Jackson’s, “We Are the World.” Datricia Morton, one of the members of the group, dedicated a song, “You Raise Me Up,” to President Cindy Ross, the faculty and staff of Cameron.

Marcella Gustafson, the International Students Admissions coordinator, gave the closing remarks. She said the event was organized to create a fun night where people will showcase their culture as a group.

“There are 52 countries represented at CU,” Gustafson said. “There were 12 countries that volunteered by singing, serving and setting up.”

According to Gustafson, there were lots of people and businesses from the Lawton community that donated items for the auction.

“There were nearly 100 people and businesses that donated the items used for the auction,” Gustafson said. “The Administrative secretary, Heather Whisenhunt, prepared the silent auction display and coordinated the table for decorations.” 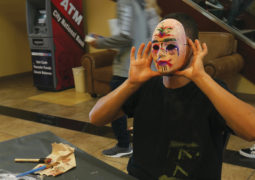 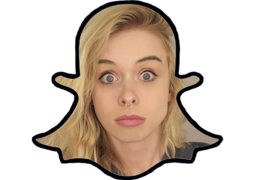 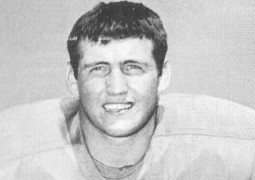 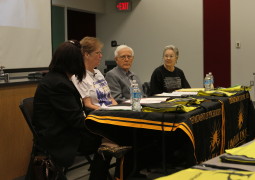