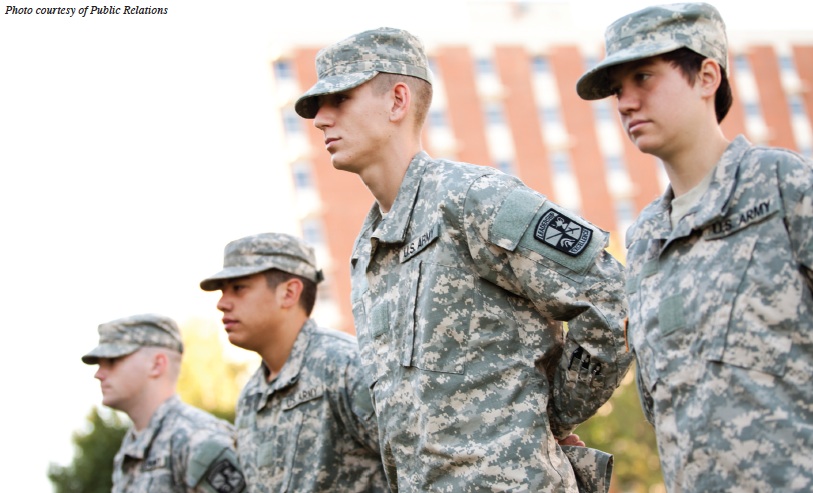 Cameron University has once again been identified by G.I Jobs magazine as a military friendly school.

According to Associate Vice President for Enrollment Management, Jamie Glover, CU earned its place on the list after being compared to roughly 12 thousand other universities and trade schools throughout the United States.

“This is the third consecutive year that we have been named among the top of 12 thousand schools that were surveyed in terms of what we do to serve active duty military members and veteran students on campus,” Glover said.

She also said that CU makes every effort to support its students as they pursue higher education.

“We bend over backwards to help students,” Glover said. “We are sympathetic to the challenges that our military students and their families face.”

One way that CU makes acquiring a degree easier for military students is by offering many courses online.

“Most of our general education program is available completely online — and that is a lot of what our soldiers are looking for — but we also have some programs at the masters level that are completely available online,” Glover said.

Another program that is available to military students at CU is called Freedom to Learn. The program is geared toward military students who may be deployed during a semester and, as a result, have no access to a computer.

According to CU’s Admissions Counselor aboard Fort Sill, Traci Ritchey, CU also serves the military community by offering courses on post, during times that are convenient for military members.

“CU offers courses during the lunch hour from 11:40 a.m. – 12:40 p.m., five days a week, as well as during the evenings here on post at the Harry S. Truman education center,” Ritchey said.

Located in Fort Sill’s Welcome Center, the admissions office on post is a place for military members to get advice about programs, enrollment and courses that are offered by CU.

“If a service–member has prior transcripts from other colleges they are welcome to bring those in and we will work out a degree plan to see where they stand,” Ritchey said. “It is unofficial with no appointment necessary.”

However, Glover said that CU does not limit assistance to the service member or veteran. Military spouses are also offered support through several programs, such as the Military Spouse Career Advancement Account (My CAA).

“My CAA is designed to help military spouses obtain certifications, education and in some cases collegiate degrees — usually at the associate level — in career areas that are deemed to be very portable,” Glover said.

Glover said that military members would be hard-pressed to locate a university that is as committed to serving their unique needs as CU.

“CU provides a top quality education at an affordable price … they would be challenged to find an institution that is more dedicated to serving the military population than we are,” Glover said.