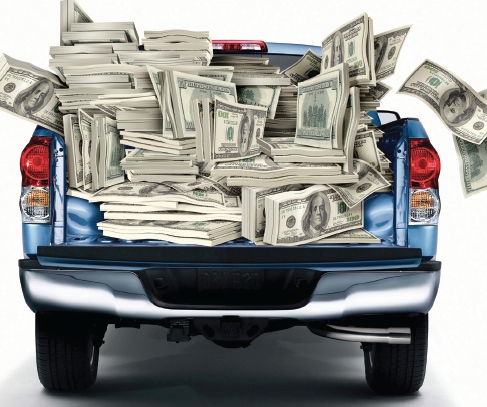 There are very few things in life that are absolutely, positively certain. Life is a buzzing, spinning state of semi-benevolent chaos, and concrete foundations are a rare sight. One could argue that the only constant in life is change—and I would be inclined to believe them.

There are, though, two facts of life that I will never question, that will never change and may just break me if I ever found out that they were contradicted. The first is that I will never be able to raise a million dollars in seven days. The second is that “Homestuck” fans are the finest quality of insanity the Internet has to offer.

“Homestuck” is, in the author’s own words, an illustrated, semi-animated story on the Internet. The work goes beyond the constraints of the “webcomic” classification, with f lash animations and interactive games spread throughout its 5,000 plus panel run. The story of “Homestuck” is a long, exponentially complicated series of twists, turns and Mobius-double-reacharounds, and its mere existence acts as a thorn in the collective sides of various corners of the Internet, who cite an overabundance of hype and poor behavior from an unusual and vocal fanbase.

“Homestuck” has engendered a fanbase that has seemingly taken over the internet. This fanbase has transformed buckets and the zodiac into obtuse inside jokes. This fanbase managed to crash f lash site Newgrounds in seven minutes when an update f lash was uploaded to the site. This fanbase, during a hiatus in updates, fabricated an anime, animation and all.

Most notable of all, this fanbase — these self-titled Homestucks — very recently raised over one million dollars in seven days.

On Sept. 4, 2012, “Homestuck” creator Andrew Hussie launched a fundraising project through the website Kickstarter to raise money for a video game that would be based in the same universe and begin development once the comic properly ended. The project started with a full month in order to raise $700,000, with various prizes and pledge rewards to incentivize donations.

Given half an hour, the Homestucks raised over $30,000. Given nine hours, the project was halfway funded. 23 hours later, the Kickstarter was fully funded as it reached $700,009, and the numbers have only climbed, with the project hitting $1,544,786 at time of writing.

As a “crowdsourcing” website specifically designed for raising funds for projects that would otherwise lack the big budget of the various industries, Kickstarter is no stranger to a fandom’s sudden burst of money. When gaming webcomic “Penny Arcade” began crowdsourcing to fund their plan for an advertisement-free website, the project doubled its $250,000 launch goal and became one of the highest funded projects on Kickstarter. Additionally record breaking was the “Order of the Stick” fundraiser, which raised an impressive $1,254,120 to reprint old books.

There is very little lasting power on the Internet, and fame is f leeting — look no further than the lonely and huddled fans of the since-retired web-series “Homestar Runner” for a truly disheartening example of a mighty power fallen into obscurity. Nevertheless, at least for now, I think we can appreciate the ability for the internet to come together and raise over a million dollars — in seven days, no less — for the sake of a webcomic.

The Internet is truly an awe-inspiring place, and the people who inhabit it perhaps more so.