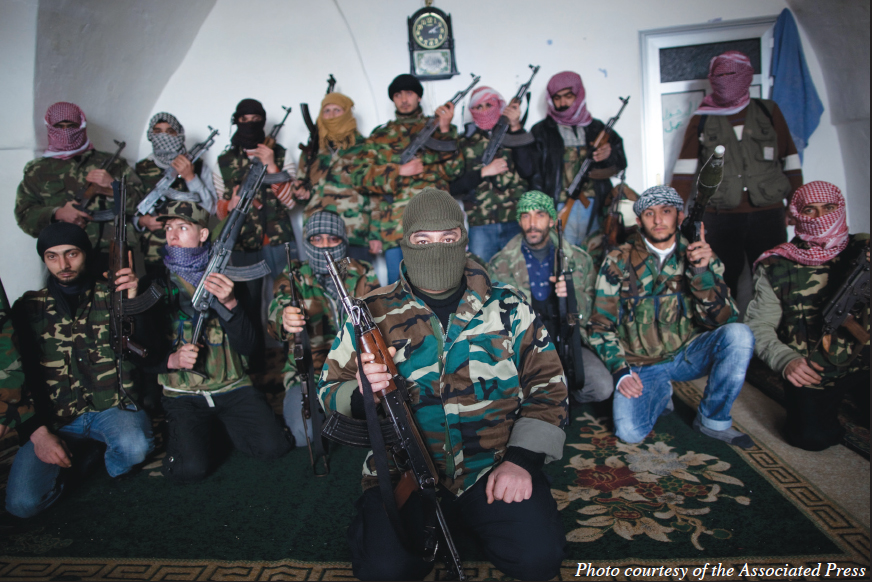 Violence continues in the Middle Eastern nation of Syria as largely-nonviolent rebel forces , engaged in a revolution described as an extension of the “Arab Spring” uprisings which began last year, struggle to overthrow Syrian President Bashar al-Assad.

The al-Assad administration’s handling of the protests have faced condemnation from the United States, European Union and United Nations, condemnations that have sought to bring about a peaceful end to the conflict, but continued resistance from protestors have led to widespread violence from the Syrian military, culminating in a large-scale siege of the city of Homs, a rebel stronghold in the country.

Reports from Western reporters inside the country describe the violence there as less like a conflict and more like widespread carnage. Paul Conroy, a British photojournalist rescued out of Syrian military-sieged areas, described the violence in an interview with Sky News.

Violence in Homs has included extensive military shelling and occupation from Syrian military forces. In a daily press briefing for the State Department, spokeswoman Victoria Nuland spoke about the recent rout of revolutionaries in Homs.

“The situation in Homs is absolutely horrific,” she said. “There is no other way to describe what is going on there with the government shelling and moving into neighborhoods against innocents, cutting off water, cutting off food, cutting off medical supplies to people who are desperately in need.”

International consensus on how best to stop the violence has divided the United Nations Security Council and Western powers working the Arab League. United States Secretary of State Hilary Clinton spoke in an interview on Feb. 26 with National Public Radio’s Michele Kelemen about the United States’ strategy for handling the situation.

“We are looking to set up and stage areas for getting humanitarian aid in; secondly, we continue to ratchet up the pressure,” Secretary Clinton said. “We push for a democratic transition by working with and trying to build up the opposition so they can be an alternative.”

Just how to build up the opposition, though, is a continuing debate. United Nations Secretary-General Ban Ki-Moon spoke to the UN General Assembly on Mar. 2 about strategies for resolving the conflict in a peaceable manner.

“Further militarization of the Syrian opposition is not the answer,” Secretary Ki-Moon said. “Continued violence on the ground risks a descent into full civil war and sectarian strife that could haunt the country for generations to come.”

Syrian ambassador to the UN Bashar Ja’afari spoke out in response to Secretary Ki-Moon’s remarks.

“The secretary is not duly informed,” Ja’afari said. The Syrian government’s official stance on the violence continues to blame killings not on the Syrian military, but instead on “armed terrorist groups.”

According to White House Press Secretary, Jay Carney, the US will continue to work with allies and other ‘Friends of Syria’ to rally the international community to take action to provide the Syrian people the peaceful and democratic future they desire and deserve.

Opposition to direct intervention in Syria comes largely from Russia and China, who vetoed two previously UN Security Council drafted resolutions which would have opted for direct action, similar to that which occurred in Libya, as an option.

Secretary Carney in his Mar. 2 White House press briefing spoke about the United States’ position regarding Russia’s reluctance to support action in Syria.

“The fact of the matter is … we profoundly disagree with the Russia’s decision to veto the United Nations Security Council resolution that supported the Arab League proposal for a transition in Syria,” Carney said.

As the United Nations and NATO struggle to reach a concurrence about how best to proceed in large-scale intervention in the Syrian conflict, importance continues to be placed on increasing pressure to allow humanitarian aid to reach the most affected areas in Homs.

As a result of Syrian governmental intervention, the International Red Cross continues to struggle to gain access to areas in Homs. On Mar. 2, Syrian officials blocked a Red Cross-sanctioned convoy from accessing a central neighborhood in Homs, Baba Amr.

“It is unacceptable that people who have been in need of emergency assistance for have still not received any help,” President Kellenberger said.