When she signed on, the sting to her heart as she saw his changed relationship status was unbearable. She wondered, had the past few months meant nothing to him?

All of the cute status updates back and forth, the “likes” on everything he wrote and the number of pictures she had tagged him in, were not enough. They had announced to her 857 friends that they loved one another.

Wondering how she would ever get over this feeling of despair, she received an inbox message from a guy she went to school with, a feeling of joy came over her as she forgot the name of the last dude.

Social networks, specifically Facebook, have made an impact on the way society views relationships and the way they are maintained.

Who comments on, or “likes” one’s statuses can have an impact on the relationships one hold with others.

Samantha Hogue, a concurrently enrolled student, has used her Facebook to allow new friendships to turn in to relationships.

“In using Facebook I have encountered people that I otherwise would likely not have,” Hogue said. “I met a guy through Facebook that I later

Social networks provide both positive and negative influence to relationships.

Brooke Higgins, a Pre-Nursing student, enjoys the opportunity for her and her boyfriend to exchange feelings openly.

When my boyfriend says something sweet to me, either on my wall or in his status, it makes me really happy and I love doing the same in return,” Higgins said.

Hogue said that although she can see the positives Facebook brings to a relationship, it leaves room for problems.

“Facebook opens couples to the jealousy and judgment from others who maybe are not in as happy a situation,” Hogue said. “It leaves them open to sabotage, with something as simple as liking photos, making wall posts, or connecting with the opposite sex.”

To add a friend is easy with the click of a button, but to maintain an ongoing relationship on a social networking site has its challenges. The dynamics of relationships and dating are changing with the increasing popularity of these sites. The sincerity once held in a relationship is being minimized by a website.

Dani Blackburn, an Accounting Major, and her boyfriend Tim Lundquist, mutually feel Facebook and social networking have changed the way people display their emotions or feelings towards one another. Blackburn said that the integrity of a relationship is based on how it is perceived by others in the social network.

“Couples are able to project their relationship more than ever before, but it also leaves relationships open to interference from people that would have otherwise never been in the picture,” Blackburn said.

Lundquist views Facebook as more of a dating site than a mere social network.

“I believe Facebook is used more than dating websites, it is free and those that are looking to date have the option to not block their information, making it easier for potential relationships to start,” Lundquist said.

Blackburn and Lundquist said neither of them accept request from people they do not know, and view Facebook as a way to connect with friends and family, this is the way they maintain trust and open communication.

As Blackburn said, “We all know it is not official till it is Facebook official.” 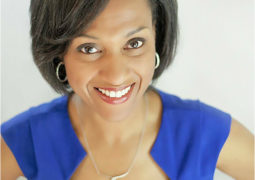 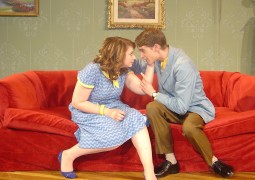 A final bow for Dylan Bittner 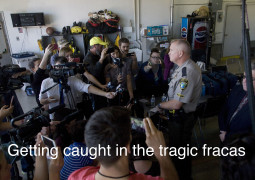