On Monday, Jan. 16, while many were at home relaxing in bed, more than 400 students and faculty members from Cameron University joined community volunteers to celebrate the Martin Luther King Jr. holiday.

The day kicked off early, with most volunteers arriving at project sites by 9 a.m.

At Pioneer Park Elementary School, students and members of the Lawton community added some fresh paint to the interior of the building. Meanwhile, volunteers at Elmer Thomas Park scoured the landscape for trash and unwanted debris.

More than a dozen members of Cameron’s International Club volunteered to work at the Wichita Mountains Wildlife Refuge. According to Donna Phillips, a long-time volunteer at the refuge, the students provided a much-needed and often surprising service to the park.

“Anything not native to this area, we try to eradicate.”  Phillips said. “They’re going to be cedar lopping.”

Today, the students were helping to eradicate an invasive species of salt cedar trees, which, if allowed to proliferate, would overrun the refuge and potentially annihilate the oak tree population.

Each student volunteer received a heavy-duty pair of gloves and a pair of hand-held pruning shears. After a brief discussion on how to properly recognize and cut down the invasive saplings, students went to work.

International Club member Minh Le, a Vietnam native, spotted the first cedar tree. The green foliage stood out clearly from the golden brown leaves of the nearby oak trees.  As instructed, he knelt down and cut the salt-cedar sapling completely at the base to ensure that it would not continue to grow. The group cheered, and then scattered. They had limited time and were very excited to begin the long day’s work.

While the International Club was snipping saplings, other volunteers worked at various stations throughout Lawton.

According to Steve Sassaman, CU’s Student Activities Specialist, the service projects were wrapped up at around 1 p.m. By that time the International Club members had successfully disposed of roughly 2,400 salt cedar saplings. This is the second year that Cameron students have celebrated the Martin Luther King holiday by volunteering at the refuge, and their work is very important.

“We rely on volunteers a lot, we always need volunteers.” Phillips said.

After the day of service ended, the celebration continued on CU’s campus. A press conference featuring Ambassador Andrew Young commenced in the McMahon Centennial Complex at 5:15 p.m.

During the conference, Young touched on an array of topics, including international trade, social justice, and Dr. King’s theory on the triple evils of racism, war and poverty. Ambassador Young encouraged the audience to seek to understand the world around them.

“Instead of being afraid of the world, we have to know more about the world.” Ambassador Young said.

As the evening concluded, three individuals received Cameron Campus Ministries Humanitarian award, in honor of their adherence to Dr. King’s teachings and philosophy, including community involvement, humanitarian service and dedication to the practice of non-violence. 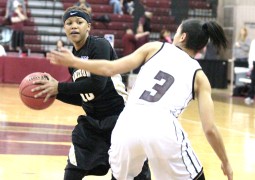 The real angry birds are the ones no longer flapping

CUSS brings a different view to the table