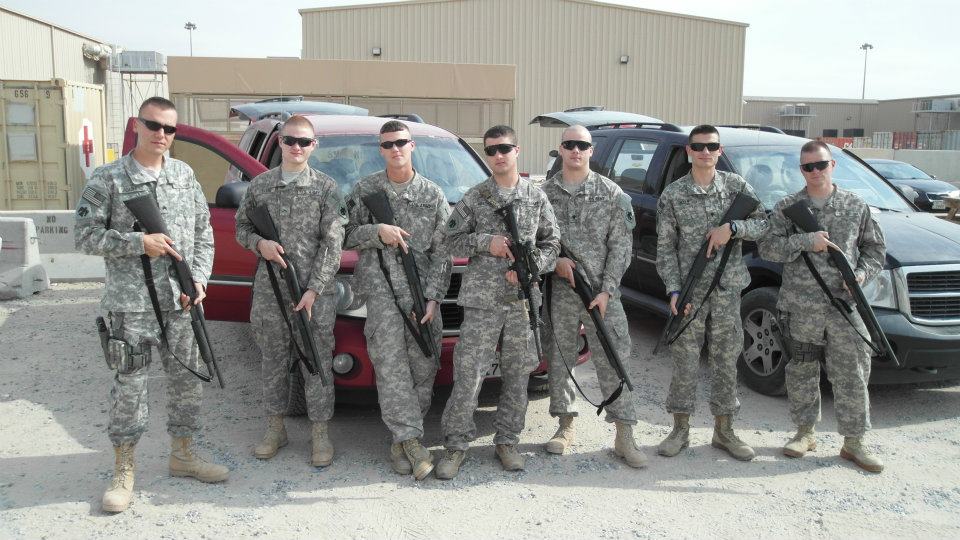 Philip Hale has just turned 23 and his birthday could not be any more different than the last. Hale has been deployed making this birthday a true celebration. This U.S. soldier will be given the greatest birthday present of all: the gift to look into his parents’ eyes for the first time in five months.

In 2011, in an effort to help reinforce war efforts, more than 2,000 members of the Oklahoma National Guard were sent to Kuwait and Afghanistan on a nine-month deployment. The National Guard is a primary reserve military force. Widespread advertisements about the camaraderie, discipline and acceptance that the National Guard offers soldiers has caught the eye of many young people. The National Guard assists with tuition and college expenses, heightening the appeal of recruitment offers.

An Army brat himself, Hale has wanted nothing more than to follow his father’s example and establish his own military career. Family values, country pride and unyielding loyalty are of the highest importance to this young soldier.

“My inspiration behind joining the military had to do with three things: pursuing a college degree, making a better life for my future family, and following in my dad’s footsteps,” Hale said.

Throughout childhood Hale traveled the country with his father. From Texas to Indiana, Hale finally found his place at Fort Sill, Okla. during high school. During this time, Hale took on the commitment of joining the Junior Reserve Officer Training CoJROTC greatly influenced my life,” Hale said. “Four years of it made me want to stick with the military life.”

Hale quickly learned that there was more to military life than he even realized as the son of a master sergeant.

“[The military has] shown me how often we can take the small things for granted. It’s shown me camaraderie,” Hale said. “It’s shown me how important it is to be able to depend on and trust the man beside you.”

Hale graduated high school in 2007 and joined the National Guard upon enrolling at Cameron University, where Hale is majoring in criminal justice. But, halfway through his sophomore year, Hale felt he wanted to do more. He volunteered to go to Afghanistan in December 2010.

“I had been in [college] almost three years and felt that I had done nothing. I was tired of being a ‘slick-sleeve’ and not having a combat patch on my right arm,” Hale said. “It was kind of like practicing and practicing on a sports team as a kid. You’re nervous, but you finally go up to the coach and say ‘Put me in the game, I’m ready.’”

Hale put he’s proud of his decision to put his education on hold. He said that every service member should go on at least one deployment.

“When I got my orders, although I had volunteered to go, there were still so many different feelings that came with it,” Hale said. “There was excitement, nervousness and fear. There was also that sense of pride though, knowing that I was about to do something that very few people are willing to do.”

Hale said that his destination was switched from Afghanistan to Kuwait ten days before his departure. When he arrived, Hale and the rest of his unit met with a different culture. The things he misses the most: American food and family.

“We have a McDonald’s, a Subway, and a Charley’s on my camp,” Hale said. “But there is a difference in the taste that is very noticeable.”

He plans to visit family and friends in a several different states when he is granted leave in late December. Anxious and in high spirits, Hale is counting down the days to his leave.

“This birthday is going to be very special. I’ll just be excited to be home and to be able to see all my loved ones,” Hale said. “People constantly thank all the soldiers for doing what they do, but I’d like to give just as big of a thanks back. If it were not for the love and support that we have back home, our jobs would be ten times harder. It’s nice knowing we are being thought of and that we have people waiting on us to come back.”