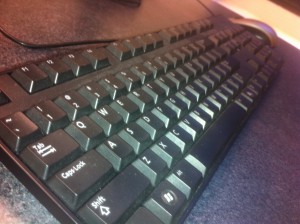 “Obviously, it was very alarming once that was read,” sheriff’s spokesman Cynthia Bachman said of the threat to Crafton Hills College in Yucaipa, Calif. The two-year school 70 miles east of Los Angeles has about 6,200 students.

Stanley Roring, 30, pleaded not guilty Thursday to a felony count of making a terrorist threat. He remained in jail Friday with bail set at $50,000.

Roring warned of “genocide” against the school, stating “it would be similar in nature to the school shooting which occurred at Virginia Tech” in 2007. Thirty-two people were killed and 25 were wounded by a gunman in that attack.

The threat was described by Bachman as a “general, blanket threat” against the school.

“But he did indicate that (the attack) would be similar to the shooting at Virginia Tech,” Bachman said.

Investigators served a search warrant at Roring’s home in the Grand Terrace area. Detectives won’t release details about what was found, Bachman said.

A friend or acquaintance notified school police about Roring’s postings.

“But, we are gratified at the courage of the person who reported this matter and grateful to the law enforcement officers who resolved the matter so quickly and without any injury to anyone and without any disruption of classes or work at Crafton Hills College,” Harrison said in a statement.

Roring pleaded guilty in 2007 to the willful discharge of a firearm in a negligent manner. He was sentenced to 33 days in jail and placed on three years of probation.

Roring might undergo an evaluation to determine his mental state, authorities said.

“If he was mentally prepared to commit a violent act like this or if he was looking for some attention, he definitely got some attention from law enforcement,” Bachman said.