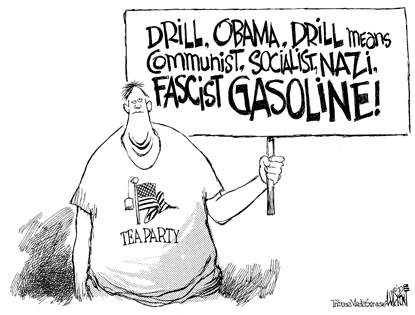 Should there be a statute of limitations on the First Amendment?

It seems like an odd question coming from someone whose chosen profession is protected solely by it. But there is reasoning behind my quandary. There should never be absolutes in anything. No matter how just or well-meaning a decision is, there will always be circumstances where it is the wrong course of action.

Albert Snyder’s son was killed in Iraq in 2006. When the funeral was held, members of the Kansas Westboro Baptist Church traveled all the way to Maine to protest at the man’s funeral. They sported signs that said “Thank God for Dead Soldiers” and “God Hates You” while the man was being buried. It is quite possibly the worst form of humanity I have ever seen. It’s disturbing, immoral and insulting to every person who is fighting in Iraq and Afghanistan.

So, obviously, Snyder sues because of the ridiculousness of their protest. But instead of having the lawsuit thrown out in the courts, or awarding him with some kind of compensation, a judge orders that he has to pay more than $16,000 to the church. Why?

This just makes no sense whatsoever. The grieving father is the one who has to pay these people who don’t even deserve to step foot near a cemetery with those signs. Right after the decision was made, the lawyer in charge of the case for the church was proud that Snyder was going to be “financing more protests.” It’s absolutely despicable.

I’ve always been a staunch backer of a person’s right to say what they want. Racists can be racists, and bigots can be bigots. I don’t have to like what they say, but at least they have a right to say it. But I just cannot see how anyone can justify not only protesting at a soldier’s funeral, but sporting signs that say “Thank God for Dead Soldiers.” The only reason the church does it is because they’re protesting how the government hasn’t cracked down on homosexuality.

I don’t understand the logic of the whole situation. The church believes that God is punishing American soldiers because, while the federal government doesn’t necessarily support homosexuality, it hasn’t spoken out against it either. That seems like some very backward logic. But their opinion is their opinion, and I’m not going to deny them that. But there needs to be some type of limitation put on what a group can do at funerals or other similar gatherings.

It doesn’t matter that this man was a soldier. He could be some random guy off the street no one has heard of. He could be the bum on the sidewalk that you hand some change to on your way to work or the executive making more than $1 million a year. No one deserves to have protestors mar and desecrate their funeral. There are certain things that should not be allowed.

I feel terrible for poor Snyder, who is struggling to come up with enough money to file a brief in the Supreme Court in hopes of the justices hearing the case. The whole situation has gone too far. The church is out to promote “God’s will” or spread the word of God. This has become personal and spiteful. This seems very un-Christian of the church.

I’m no legal expert, and I’m not sure if there is even any grounds for the protestors being removed from the funeral. I’m sure it would lead to a very slippery slope of defining what constitutes free speech and what doesn’t. But there needs to be some decency exercised in this case. Even if the protestors are allowed to continue their disgusting act, at least nullify the ruling that forces Snyder to pay the church court costs and other fees. What kind of judge would honestly think that’s fair? It goes beyond the letter of the law. It’s downright deplorable.

5 thoughts on “First Amendment Rights: Should there be a statute of limitations?”