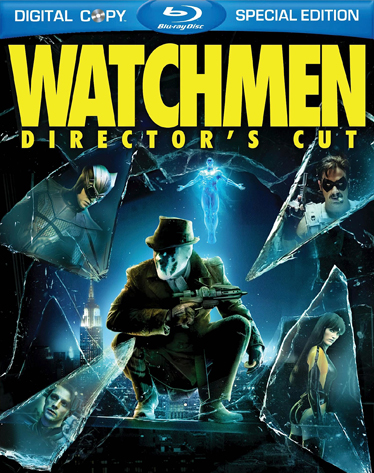 I feel that I owe it to our readers to inform them of a new technology that has become very popular but still remains foreign to many. The technological gift known as the Blu-ray is so wonderful that I feel that everyone should benefit from knowing about its excellence.

Until recently, I too was one of the unenlightened ones who was still clinging to the decaying DVD media format, unaware of what I was missing. My movement into the wonderful world of Blu-ray came with the purchase of my new high definition television, once I bit the bullet and replaced my old CRT. I had trouble convincing myself to spend the money on a new TV since my old one didn’t really have anything wrong with it. I guess the biggest factor that pushed me towards buying the new TV was the incentive of playing my Playstation 3 on a larger, high definition screen. At first, I was totally satisfied with watching any of the many DVDs in my collection on the new TV. I was happy with the improvements in the picture quality that simply the new screen gave me. So I went on for a few weeks until I finally broke down and rented my first Blu-ray.

I put in the rented Blu-ray and was astonished when I noticed how much better the picture quality was. What was more amazing was that I had seen the improvement in the opening credits.

The specific improvements in picture quality are massive. Perhaps one of the most striking aspects of the high quality picture that Blu-rays offer can be found in the details of the characters and scenes that are in the video. Specifically, one of the things that I find amazing is the clarity of things like the texture of clothing and the miniscule features of the characters’ faces. While these are just a few of the things that are drastically improved by Blu-ray, they are definitely not the only ones. One of the more striking elements of Blu-ray is the clarity that fast moving objects have. For example, when an on-screen explosion occurs, the small debris and flying objects are clear enough to be indentified.

Another great, yet less talked about, aspect of Blu-ray is the improved sound quality. Blu-rays take the impressive sound of 5.1 surround sound and add two more audio outputs. As a result, Blu-ray videos boast the impressive 7.1 surround sound feature. This new option leads to a much more immersive and thrilling viewing experience.

Since I saw the blue light, I have personally been the disciple of the Blu-ray gospel to six different people. In order to help them understand the virtues of the new format I have held several different movie nights where we watched their favorite movies in Blu-ray. These movie nights helped them to see right away that Blu-rays are the only real way to watch a video.

I can understand why some people are hesitant to make the switch from DVDs to Blu-rays. I mean, after all, it seems like just a few years ago we were having to make the switch from VHS to DVD. What I can tell you is that the reasons that people were drawn to make the change to DVDs are present in the DVD to Blu-ray process. I could go on and on about the different things that are better about Blu-ray video, but the simple fact is that the only real way to understand why Blu-rays are so much better than DVDs is to watch one. Accordingly, I urge you to take the leap and go out and seize the power of the Blu-ray.