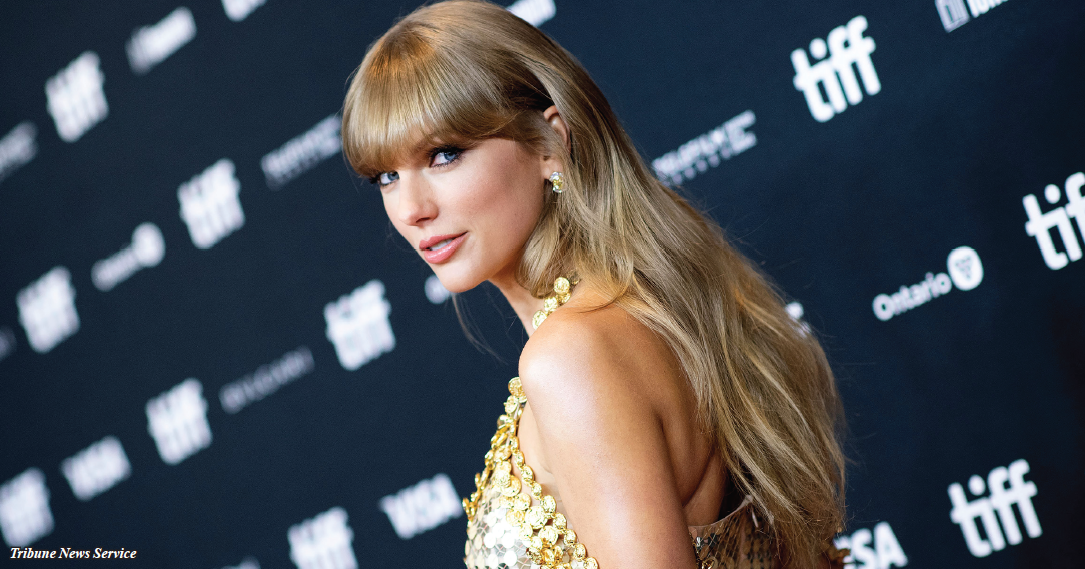 “Meet me at midnight,” Swift says, opening the album with the electropop song “Lavender Haze.” The sound of this song is a departure from Swift’s previous projects, particularly her last two albums “Folklore” and “Evermore,” which were a blend of indie, folk and alternative.

The album is overall a major change of sound for Swift, who, along with longtime producer Jack Antonoff, experimented with new genres like dream pop and electronica. Swift is familiar with experimenting with new styles. A country singer at the start of her career, she made a surprising shift into pop music with the release of her 2014 album “1989.” With her dual 2020 albums “Folklore” and “Evermore,” Swift proved she could comfortably change styles yet again, abandoning the pop sound.

The concept for “Midnights” stemmed from circumstances many of us have found ourselves in at one point (or several) in our lives: unable to fall asleep at night.

The album’s content is reflective of the anxieties many experience at night when trying to fall asleep: anxiety, self-realization, and the vulnerability of being alone with one’s thoughts.

Swift opens up about her anxiety in response to losing her independence. Since 2016, she has been romantically involved with actor Joe Alwyn. She responds to the questions of marriage in the song “Lavender Haze.”

“All they keep asking me is if I’m gonna be your bride,” Swift said. “The only kinda girl they see is a one night or a wife.”

Swift has been subject to romantic speculation and scrutiny for the entirety of her career. In her song “Midnight Rain,” she addresses the same issue.

“He wanted a bride,” Swift said, “I was making my own name.”

In this album, Swift shows off a keen sense of self-awareness which has been lacking in her previous projects. Swift, 32, has been subject to nasty behavior from the press, but she has also made some mistakes of which she’s not proud. In her now-trending song “Anti-Hero,” she lays it out clear and simple.

In the same song, she compares herself to a Godzilla-like monster preparing to descend on a town of people who intend to kill her, but follows it up with a line explaining her choice of words.

“Did you hear my covert narcissism I disguise as altruism like some sort of congressman.” Swift said.

Lyrically, “Midnights” feels far more personal than any recent Swift album. “Folklore” and “Evermore” were impersonal, full of fantastical stories about other people. Sonically, it feels different from any previous Swift album. “Bejeweled” and “Karma” feel like they could have been on the latest Charli XCX album.

I wish I could say “Midnights” is a no-skip album. After the fun, new wave-adjacent song “Karma” comes “Sweet Nothing,” a tender ballad about finding comfort in a person who provides an escape from the world. Lyrically, the song is a warm hug. Musically, it falls flat. The song is accompanied by an organ. It is simple and monotonous, like something a child would learn during one of their first lessons. This is done with purpose, to represent the comforting calm that comes with finding your person, especially contrasted with Swift’s hectic life of superstardom. However, it makes for a dull listening experience.

While not without its flaws, the album has proven to be a commercial success for Swift. Billboard writer Gary Trust details Swift’s record-breaking success on the charts.

“Taylor Swift scores one of the most historic weeks in the 64-year history of the Billboard Hot 100 songs chart,” Trust said, “as she becomes the first artist to claim the survey’s entire top 10 in a single frame.”

He continues by describing the additional records she’s surpassed.

Despite being in the music industry for over 16 years, Swift still has a lot to say and a dedicated audience who will listen.