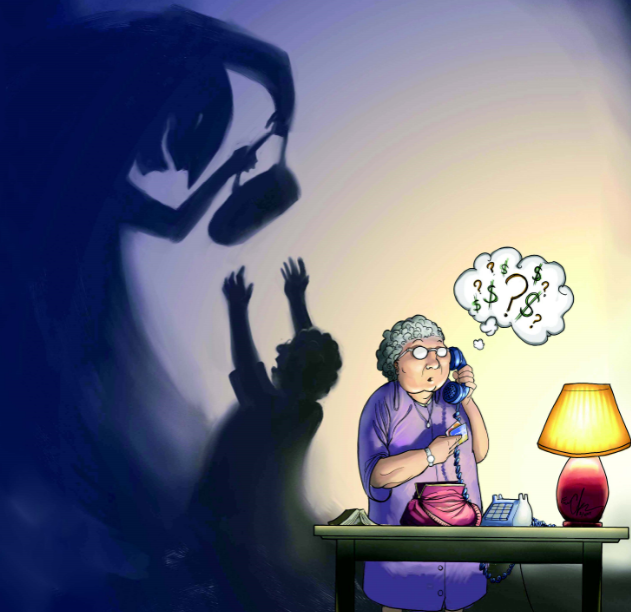 When you put your resume into the search engines such as Monster, Indeed, LinkedIn, etc. you don’t expect your resume to be looked at by scammers. You are wanting to find a great job with benefits so you can start a new career. But what you may not know is that some of the job offers that are out there are scams. Beware of scammers who may contact you offering great pay and benefits, when in reality, they are trying to decieve you into giving them your personal information so that they can steal your identity.

I placed my resume into several job search engines and found it hard to weed through the scam job offers to get to the businesses who actually looked at my resume. I found that it was difficult to see which companies hiring are actually legit and which ones were a scam.

I received a text message from someone calling themselves James Robert who said he was a recruiter for Immedica Pharma, a pharmaceutical business in Solna, Sweden. He said that he had seen my resume on Indeed and my qualifications met the job they are hiring for. I found it odd that he sent me another text with a list of jobs that they were hiring for, and I was to choose one that I wanted to apply for.

I gave him the benefit of the doubt and chose a job I was interested in applying for. He then set up a job interview via text. I was to download the app “Signal” and he would conduct the interview. That’s when I began to get really suspicious, Robert did not want to do a Facetime interview he was only willing to conduct an interview by text message.

Robert texted professional questions and I answered accordingly. After the interview I was able to ask questions. That’s when a red flag popped into my head. I asked him how many pharmaceuticals they produce, and Robert avoided the question. I then asked if the company planned on branching out to the United States and Robert texted “Yes, sure.” That answer alone made me leery.

When the interview was over, Robert said that I had answered all the questions perfectly and that I was hired for the job. As part of a new hire package, I was to get a check for a new printer, computer, desk, and desk chair. I was expect to purchase everything that was needed to make an office in my home. Robert instructed me that once I receive the check, I was to deposit it into my bank account, withdraw the first hundred dollars, then buy something from a local establishment that I needed for my office.

After the job interview was over, I researched the company and that is when I saw they were based out of Sweden. I couldn’t find anything fishy online, however that did not keep me from being suspicious.

I decided to open an account in a bank, one I don’t bank at and if something happened the most I would lose was the amount I put in to start the account.

That weekend I was talking to my family about the job offer and how I was suspicious about Robert and his job offer. My brother looked up the company on their website and discovered that the actual company had put in a warning to possible victims that they do not hire employees in the United States. They only hire people living in Sweden.

That next Monday I waited for Robert to text me back. When he did, I texted him due to the company’s website warning of scammers I have decided to turn down the job. I haven’t heard back from Robert since that response, and have been more careful about screening my job offers.

As a nontraditional student I have been working for many years and I am someone who is wary when I get a job offer because of an influx of many scams which I received in my email. Companies claim they picked your application over everyone else’s, however, when you click on the link to apply for the job, you will find yourself redirected to another search engine with job offers.

Scammers use these search engines to collect your email address and phone numbers and solicit false job offers. Next thing you know, you receive what seems to be a great job offer, only to later realize that you have been taken for granted.

In order not to get scammed, do your research. Look online at the company and do not trust the original link they offer you. Google the company yourself. Talk to someone you know and get their opinion on the job offer. Be very cautious with the companies that offer to send you a check, allowing for you to keep part of the money as your bonus simply for applying for the job.

You can also report the scammers at Reportfraud.ftc.gov or go to your local state attorney general’s office.