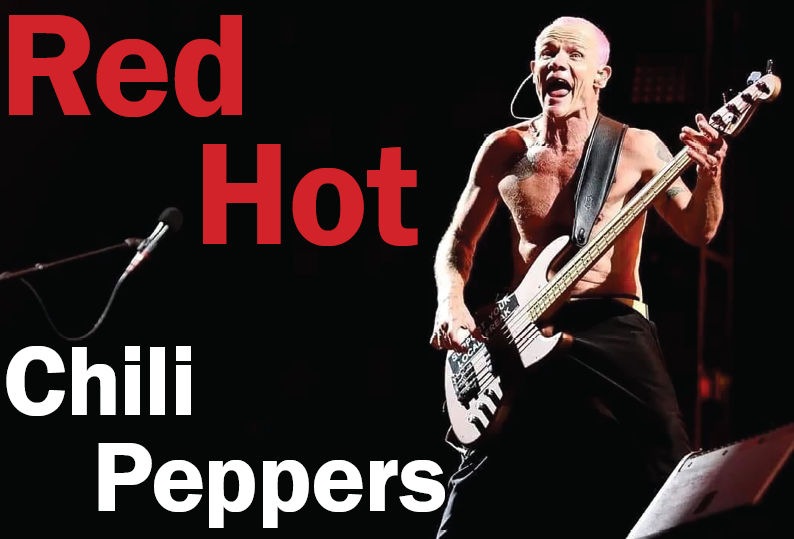 At 7 p.m. on Sept. 18at the Globe Life Field/Texas Rangers stadium in Arlington, TX the Red Hot Chili Pepper ended their “Unlimited Love” world stadium tour. The band was firing on all cylinders as they have been doing with live performances for well over thirty years.

I attended this concert with my family, consisting of ten of us with all ages ranging from 7 years-old to sixty years. The tickets were a Christmas gift and we eagerly anticipated the show all year long.

Upon our arrival to Globe Life Field, thousands of people were descending upon the venue sporting their iconic Red Hot Chili Peppers logo shirts. All ages and ethnicities, including my family of ten, joyfully immersed themselves into the diverse music experience.

The concert was led by opening band, Thundercat. This three piece trio has an insane bassist, Stephen Bruner warmed the crowd with his psychedelic jazz riffs.

The second opening act, preceding the main performance, was The Strokes. Theirs was a dark and moody setup that almost forces the audience to listen with more intention to the band.

I was not familiar with either opening act but vaguely recognized a couple of songs performed.

There was a solid following of Strokes fans repping the band with shirts and singing along with the lead singer, Julian Casablancas.

The headliner was without a doubt the main event, as a never-ending sea of iconic red asterisk shirts filled the stadium.

The crowds at the various merch tables wrapped around the stadium; however, the lines moved fairly quickly. I stood in line for about half an hour before making my purchase.

The Red Hot Chili Peppers absolutely rocked! When they took the stage, the lights dimmed and the crowd roared. Excitement was heavy in the air and vibes were so positive and upbeat.

The Chili Peppers opened with an intro jam that bled into one of their hit songs “Can’t Stop.”

The band consists of lead singer, Anthony Kiedis (50), Bassist, Flea (59), lead guitarist and vocalist, John Frusciante (52), and drummer Chad Smith (60) who is well-known for having a strange resemblance to actor/ comedian Will Ferrell.

The bassist Flea was especially energetic as this 59 year-old rocker jumped around through the entire set
with the energy of a 20 year-old. Across his guitar was a large sticker that reads, “Support your local freak.”

The stage was spectacular with an oversized digital video wall, reaching well over 100 feet above the stage and spilling out over the edge of the stage.

This contributed to the visceral visual experience and light show that accompanied the intense jamming the Chili Peppers brought with them.

It was amazing to me the power and force a four- piece band brought along. The sound was so full and this energy kept the crowd pumped up all night long.

The set list included such hits as, “Dani California,” “Snow ((Hey Oh)),” “Soul to Squeeze,” “Otherside,” “Give it Away,” “Californication” and ended with an encore performace of “By the Way.”

When the Chili Peppers took stage to perform the final song, lighters came out, cell phones lit up a dark sky with twinkling flames and blue-screen lights as the crowd sang each word from the heart.

This band has been rocking out since the 1980’s and still consists of mostly original bandmates who have been together since high school.

They have survived through the decades and faced death and departure of some members, addiction and commercial success.

The Red Hot Chili Peppers are still kicking out rock tunes just as hard as they did when they first started jamming together and made it big in Los Angeles back in the early 80’s.

The concert, for me, was a bucket list show. Both the vocals and live music performed at this concert were astronomical and the performance was authentic.