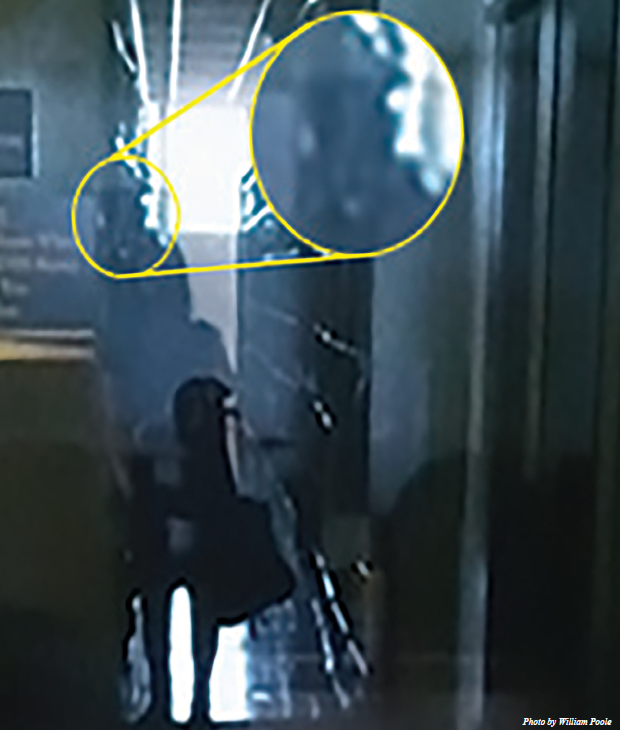 The haunting of the Cameron University Library:

William Poole, Access Services Supervisor-evening and an experienced paranormal investigator, has worked at the library for around eight years and has personal experience with paranormal activity in the Cameron University Library.

“I first discovered the library was haunted within the first couple of months of working here,” Poole said, “but once I began working on the evening shift I was convinced.”

If a student happens to be studying during open hours, they may have encountered the many ghosts at the Cameron Library. Certain library patrons and staff have reported unnatural, paranormal events occurring within the walls of the library.

While working at the Cameron library, Poole has heard many unusual things.

“I’ve heard footsteps and there was no one else in the area,” Poole said. “I was tapped on the shoulder, someone called out my name, I saw books flying off the shelves, I heard maniacal laughter as well as phantom conversations, and the most chilling was an infant crying.”

Could the child be the infant son of the college student that was murdered by his mother in 1986 and who is currently roaming the university grounds searching for his mother?

Student worker at the circulation desk and Sophomore, Kristin Marshall, has also experienced paranormal activity within the walls of the library.

Kristin has mainly worked at night and has heard the same things Poole has experienced. However, when she heard the infant or toddler crying it happened around noon on a Saturday when there was not very much activity in the library.

While working at the library, Poole has attempted to communicate with the ghosts several times, but he has not gotten any response.

“If I could communicate with the ghost,” Poole said. “I would like to know their name.”

“I would like to know why they are still here and ask if they need help.”

Without being able to communicate, as an experienced paranormal investigator, Poole has found alternate evidence of ghosts.

“I have taken several photos with a thermal imaging camera and a phone camera,” Poole said. “I have also gotten evidence through EVP (Electronic Voice Phenomenon). An EVP is used to record sounds found on electronic recordings that are interpreted as spirit voices. This was popularized by Parapsychologist Konstantins Raudive in the 1970s.

Poole explained that originally the Native Americans owned the land the library sits on.

“It was taken away from them,” Poole said. “Then it was developed into farmland before it was sold, and then the university was built. Because of the way the land was taken, there is bad blood on this land.”

It would make sense that lingering spirits would choose a library as a place of their residence. There is human interaction that causes energy both good and bad. People often feel that the presence of the things that go bump in the night, sudden drafts of cold air, and a spirit trying to make itself known.

Whatever one makes of these cases, there leaves little doubt that some bookcases and libraries appear to be ‘haunted’. We may view the events above as real communications from the dead, or the result of too much imagination.

Although staff and patrons may be skeptical about the paranormal activities going on in the Cameron Library. Poole has a photo showing a little girl’s face behind the employee standing in front of room 201.

You decide. I will remain neutral on the subject and keep an open mind.