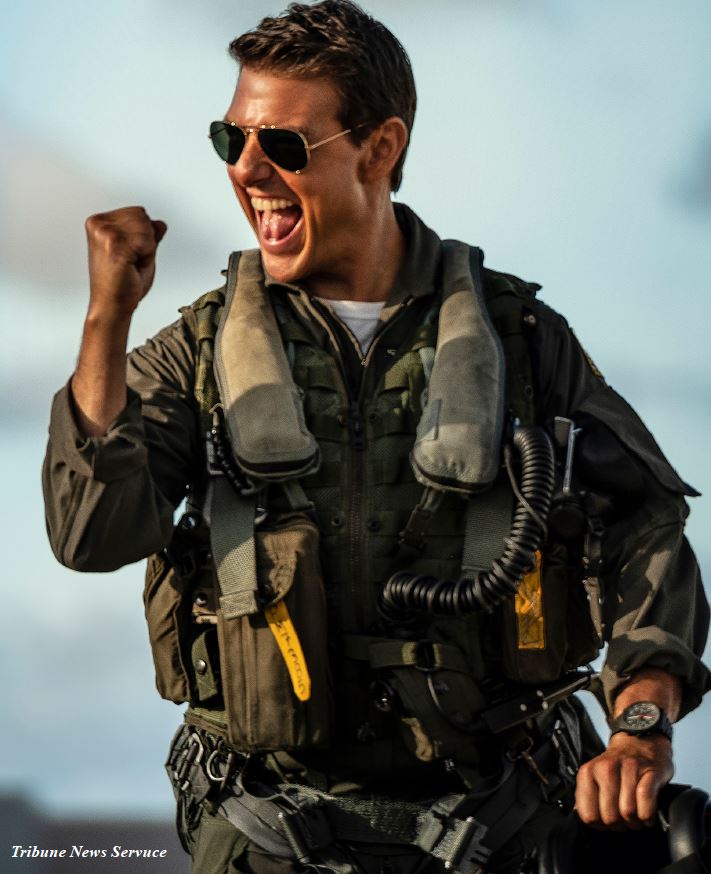 Among the most successful films of 2022, “Top Gun: Maverick” has earned over 1.4 billion dollars during its theatrical run. As of right now, this film is the highest grossing film that lead actor Tom Cruise has starred in.

The film follows a classic passing-the-torch type of narrative in which Maverick (Cruise) instructs a new group of pilots in the TOPGUN program. One of the pilots is Bradley “Rooster” Bradshaw, the son of his best friend and fellow pilot Goose, who died in the first film, an event that Maverick blames himself for.

This is one of the many aspects of the sequel that I love – where the heart of the film is.

The relationship between Maverick and Rooster is very tense. Maverick promised Rooster’s mother that Rooster would never become a pilot, but this is a promise that Maverick breaks by the end of the film.

While the original film, at least in my opinion, is a decent film, “Maverick” is far beyond anything I could have imagined. Upon hearing about this film, I was very indifferent and thought it was only going to be a lackluster sequel that nobody asked for. My mind was changed upon reading the extremely positive reviews and actually watching the film.

This film has no right to be as good as it actually is. I was blown away.  The action, the special effects, acting and soundtrack are absolutely stellar.

“Maverick” honors its predecessor in the best ways possible.

Considering Val Kilmer’s recent health issues, I was not sure whether or not he would be in the film, and as a pleasant surprise, he does appear.

It also provides a wonderful evolution of his character’s relationship with Maverick. Iceman went from being a clichéd character to being among the best characters in the sequel. While he does not speak very often in the film, that does not mean he is not important to story.

Between the events of the first film and its sequel, Maverick has earned several honors, but his repeated insubordination has gotten Maverick into constant trouble. The only reason Maverick has never been grounded is due to the fact that Iceman protects Maverick.

Iceman communicates through text, which is done respectfully and smartly. Since Kilmer suffered from throat cancer, he has difficulty speaking. Knowing this, I was not sure if he would actually talk in the film. He does speak, and what he says to Maverick is encouraging and a bit heartwarming.

The entire cast is amazing, and most of the characters are likable as well.

Many of the callbacks to the original film are either heartwarming or heartbreaking, depending on the context of the scene.

Like his father did in the original film, Rooster sings “Great Balls of Fire” in the film.

This scene is both a nice reference to the original film, but is also a sad reminder of what happened to Rooster’s father. The film even has its own beach scene, just like the original film – even if it is a little different.

Does the film have flaws?

Perhaps, but at the moment, I cannot remember any faults with the film while writing this review.  My Rating: 4.8 / 5