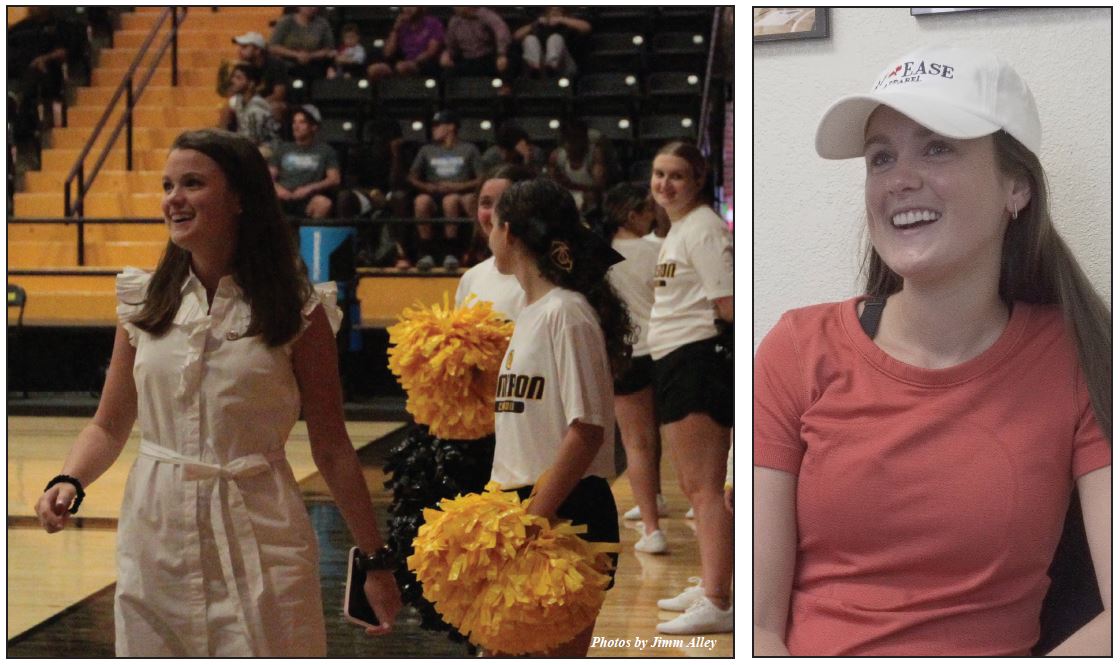 The upcoming athletic season will be full of changes at Cameron University. One of the biggest changes students may notice will be Cameron’s new Spirit Coach, Sierra Kenny.

Kenny is originally from Columbus, Ohio but she attended High Point University in North Carolina where she majored in journalism and graduated with a Bachelor’s degree in communications in 2014. After college Kenny took on jobs at a dance studio where she not only would teach students new moves but was also producing their media content.

Kenny describes some of the activities she helped to organize with the dance studio.

“Post-college I worked with my previous dance studio,” Kenny said. “I was creating the end of year recital videos and I really loved doing it.”

Kenny originally came to Lawton in 2020 when her husband transferred here for his work in the Marine Corps. The military is such a big part of Kenny’s life, that she has even started her own clothing line labeled, “At Ease Apparel,” which she runs as her own business when she is away from her coaching duties.

Kenny discussed a little more in depth about what inspired her to start her own clothing line.

“I decided I wanted to start my own business,” Kenny said. “So I started with the idea that I had been curious about for a while and began running it out of my home. Now it will be two years in November.”

Although she has not given up on her goals when it comes to journalism, right now Kenny is committing all of her focus to the new role.

“I don’t know if there was ever a moment where I was certain that I didn’t want to pursue communications,” Kenny said. “Other interests had just popped up at the time, and I followed those paths, for right now I’m really happy with coaching and running my small business.”

Kenny officially joined the Aggies in March while the tryouts were ongoing and said that the transition so far is going smoothly.

“It has been a very easy transition.” Kenny said. “The whole faculty that I work with has been very helpful with any questions I’ve had.”

While Kenny is ready to implement her own style to the team she also does not want to make too many changes when it comes to how the team operates.

“With any new coach there is always going to be changes,” Kenny said. “But overall there is history and tradition already established at Cameron so I would like to continue to build on that, I’m not here to revamp and redo an entire program.”