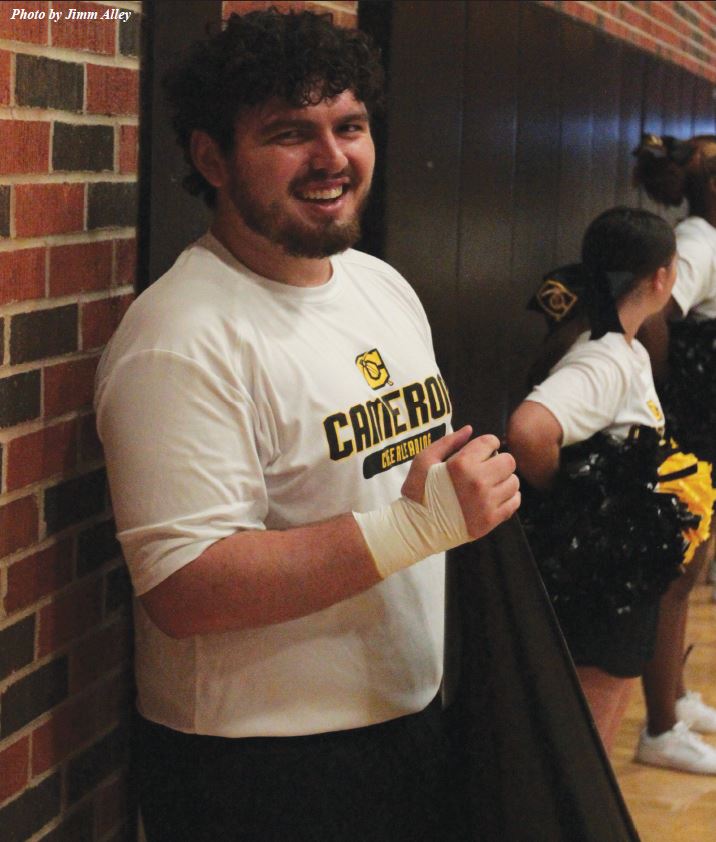 With Dylan Griggs of the Aggie spirit team

Dylan Griggs is a new face on the Aggie spirit team.

Griggs is a computer science major and was a multiple sport athlete at Marlow high school.

Although his time on the squad has been brief, he has been enjoying the new experiences that being on the team has provided him.

“It’s been an amazing experience,” Griggs said. “We had a camp where they showed more collegiate and competition style cheers so that was a really interesting experience for me since it’s my first year.”

Griggs decided to come to Cameron after he transferred from OU in his freshman year.

Griggs said his decision to focus on computer science was an easy one as he has had a special interest in them for quite some time.

“Ever since I was a little kid I’ve had a fascination with technology and computers,” Griggs said. “So I decided to expand on my limited knowledge and pursue a college degree.”

“I’m looking forward to the growth it will bring,” Griggs said. “Both growing as an athlete and as a leader alongside my fellow teammates.”

Griggs is a very active member on the Cameron campus; he is a secretary for the school’s Circle K international (CKI) program, as well as being the current Grand Master of Ceremonies for the Kappa Sigma fraternity.

There, he is responsible for overseeing all event coordination and planning activities around campus.

Griggs has high hopes for himself and his team as he prepares to get into the full swing of the athletic season.

For more information on the Aggie cheer team and all other Cameron sports, visit www.cameronaggies.com.