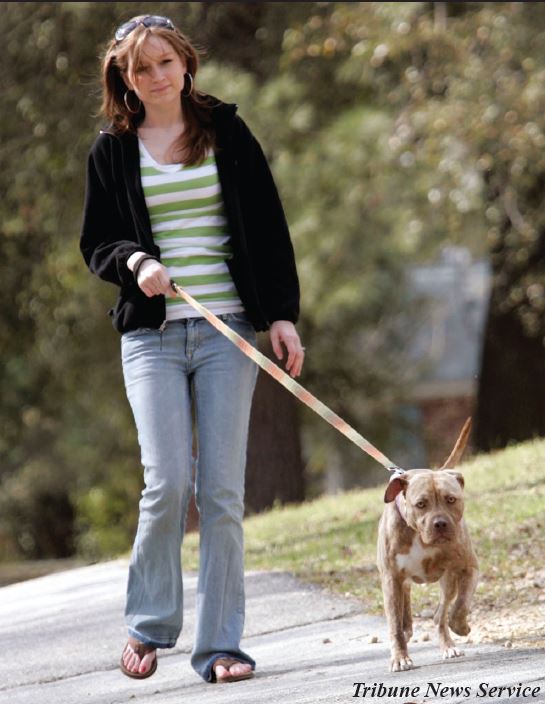 I never considered animal leash laws to be serious laws until someone I follow on Instagram, Asha Leo (@ashaleo), was bit while protecting her dog, Pirate (@piratepitbull), from an unleashed dog and nearly lost her finger.

Leo became a huge advocate for the Pit Bull breed after adopting Pirate at an adoption event several years ago.

In the middle of 2021, Leo was out for a walk in a leash-only park with her dog when they were attacked by an off-leash dog who’s owner was too far away to help. Leo’s finger was bit while she was trying to protect her dog.

A month later, she had emergency surgery to remove infected parts of the bone in her finger. She spent the next six weeks attached to a pump which administered antibiotics directly into her blood stream. Now, nearly a year later, she is still in physical therapy for her hand.

No matter how well behaved your dog is, you never know how they will react to other dogs.

Aggression is not the only reason for leash laws. In the past year, I’ve witnessed two dogs dying in the street from being struck by vehicles.

Pet owners who allow their animals to run around off-leash risk their animals being injured or killed. Furthermore, there are a lot of cattle in town, and by state law, “any person may lawfully kill a dog who is chasing that person’s livestock.”

Letting your pets run free is not just dangerous, it can be expensive.

According to the City of Lawton’s Animal Welfare FAQs webpage, any animal not confined or under physical control with a leash is considered “to be running at large.” Any animal that is found “running at large” within the city will be impounded, and the owner is fined at least $100.

State law requires that should an animal injure someone, “the owner or owners of any dog shall be liable for damages to the full amount of any damages sustained.”

Regardless of how friendly you think your dog is or how well you think it listens, the only safe place for your animal to be off leash is at home.