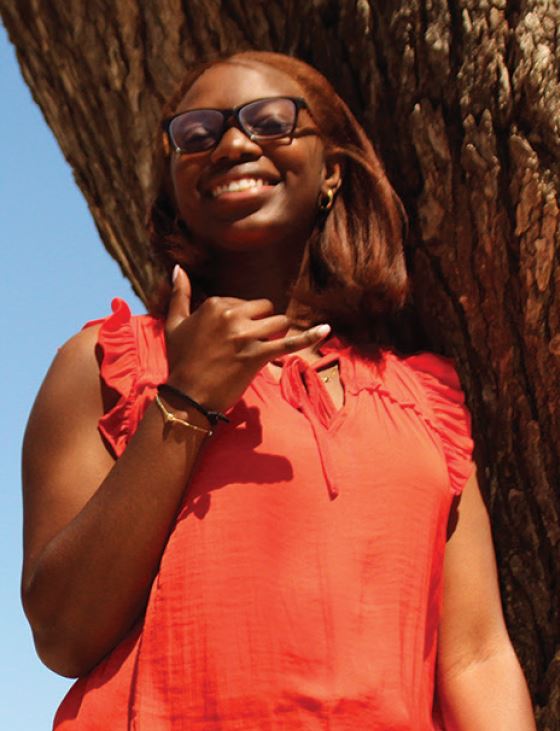 At the end of each academic year, Cameron University likes to recognize two junior and two senior students for what is known as the “Outstanding Aggies of Tomorrow” award.

As voted on by the university’s Alumni Association, this honor has been a Cameron tradition since 2009.

This award is given to the students who not only excel in the classroom, but to those who represent the University, as well as the community, in an impactful way.

The awards reception is generally during homecoming week, but due to inclement weather earlier in the semester, there unfortunately wasn’t a formal ceremony. Despite the lack of an actual gathering, Ka’Tavia West is just as deserving of recognition as any other former winner of this award.

The former Black Student Association President and recently crowned 2022 Cameron Monarch is no stranger to the limelight at this point, but despite her awards, she always looks to help everyone around her leading by example and with a little pinch of positivity.

“Hard work will always get you to then places you need to be. There will be many test along the journey but always remain persistent. Be present, not just physically but mentally. Enjoy every moment because the reward in the end will mean so much more. We have a lot of life to live so live it to the fullest and work hard.” West said.

She acknowledged that school can be difficult at certain points during a college career, but she’s a firm believer in her ability to conquer anything she puts her mind to.

“I’ve hit many road blocks through my leadership opportunities here at Cameron University, but i never gave up.”West said.

“I’m a firm believer in the phrase “Nothing is impossible”, and it’s true. In my eyes there is always a way for me to succeed and just continue to amaze myself with all the things I do.” West said.

With less than a month until graduation, she’s trying to just take it all in and enjoy the last few weeks she has on campus, but she admitted to counting down the days until she can give finally herself a little bit of a break. “I’ve worked so hard and busted my butt to be here and its all coming together. I have a countdown actually. I have 29 days till graduation and I’m giving this last semester all I got left. Graduation is going to be a great moment for sure.” West said. The awards are continuing to pile up for West, but her drive to remain persistent and offer support to others are just a few of the reasons why she won the award in the first place. To her though, it’s just another day to improve and keep getting better