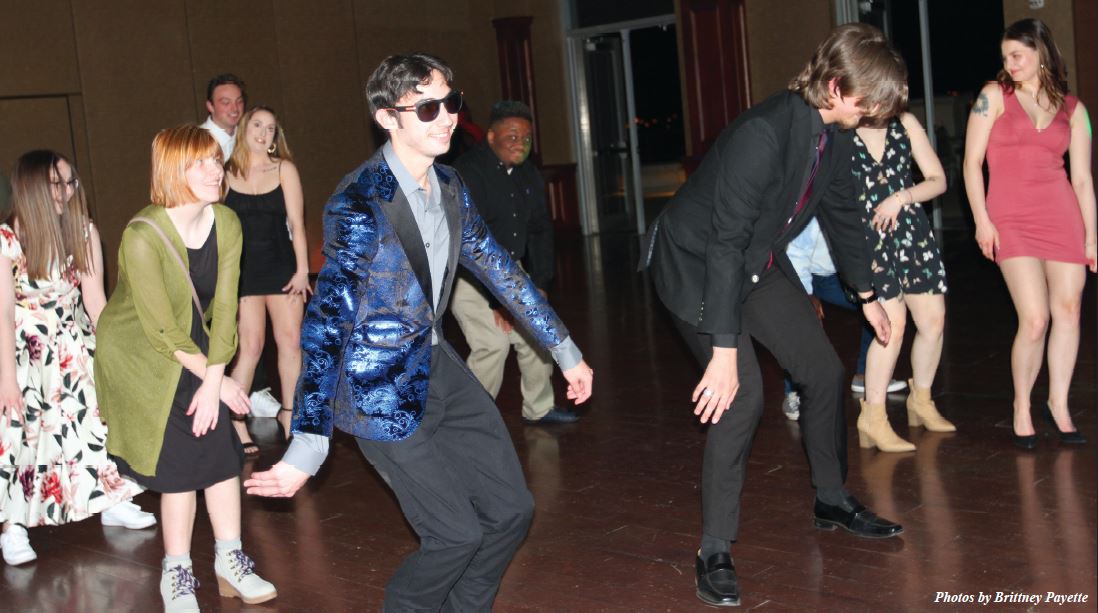 By Cam Alsbrook and Brittney Payette

The event included a DJ, cookies, and beverages; the dance served as a closure to the homecoming events of late February., with the theme of “Into the Aggieverse.”

Junior Animal Science major Alexaundrea Ozuna said that the event was really fun and that she liked the idea of the theme for homecoming this year.

“It was a really cool concept and made for good advertisement,” Ozuna said. “I also really liked how the shirts came out – and the events leading up to homecoming [dance].”

PAC President Makenna Hill said she was happy about this year’s lineup of homecoming events.

“I looked forward to planning Homecoming events for the students on campus,” Hill said. “It is very important to PAC for students to have fun while in school and opportunities to meet new people.”

Coordinator of Campus life Daniel McFadden said that PAC learned some lessons throughout the course of setting up Homecoming events.

“We originally thought everything was set and all good to go; but then the ice storm hit and we had to rearrange a few of our events,” McFadden said. “However, we were able to learn how to be flexible and still put on great events that the students seemed to love.”

The homecoming dance was scheduled previously to occur on Feb. 24 but was pushed to March 31 due to harsh winter weather.

Hill said the storm causing the event rescheduling did not affect her very much.

“I didn’t think too much about the events being rescheduled because it is important to be adaptable, since it is almost impossible for things to happen exactly as planned,” Hill said. “I will say I think it worked out even better than I could’ve hoped for.”

Other homecoming events scheduled later due to the weather were held the week following the school closure.

As a result, the Cameron community saw a unique chance to relax and have fun as the semester approached its conclusion.

Journalism and Media Production senior Isabel Rosales said that she enjoyed having a night to dance with her sorority sisters.

“With so many things being pushed back for Covid or weather, it put a lot of people behind in classes,” Rosales said. “So it’s been stressful these last couple of weeks. it was great to have a carefree night to dress up and dance my worries away.”

The Homecoming Dance hosted the presence of many students. Throughout the course of the night, the ballroom doors were open to the balcony, where attendees could feel the cool spring wind rush in to counter the carefree partying inside.

Freshman Criminal Justice major Makayla Cohee said they attended the Homecoming Dance to see friends after finishing her work for the day.

“I had a great time getting dressed up and dancing with my friends for a few hours,” Cohee said.

Cohee said that the dance was an enjoyable way to end the night after she got done with school and work.

“The Macarena was probably my favorite song that was played because everyone who was there danced to this song,” Cohee said. “It was a fun time to see everyone dancing at the same time to such a simple song.”

Hill said it was nice seeing the community come together for all the homecoming events.

“My favorite part of homecoming was seeing people on campus participating in events,” Hill said. “I really like to see people getting involved and having a good time.”