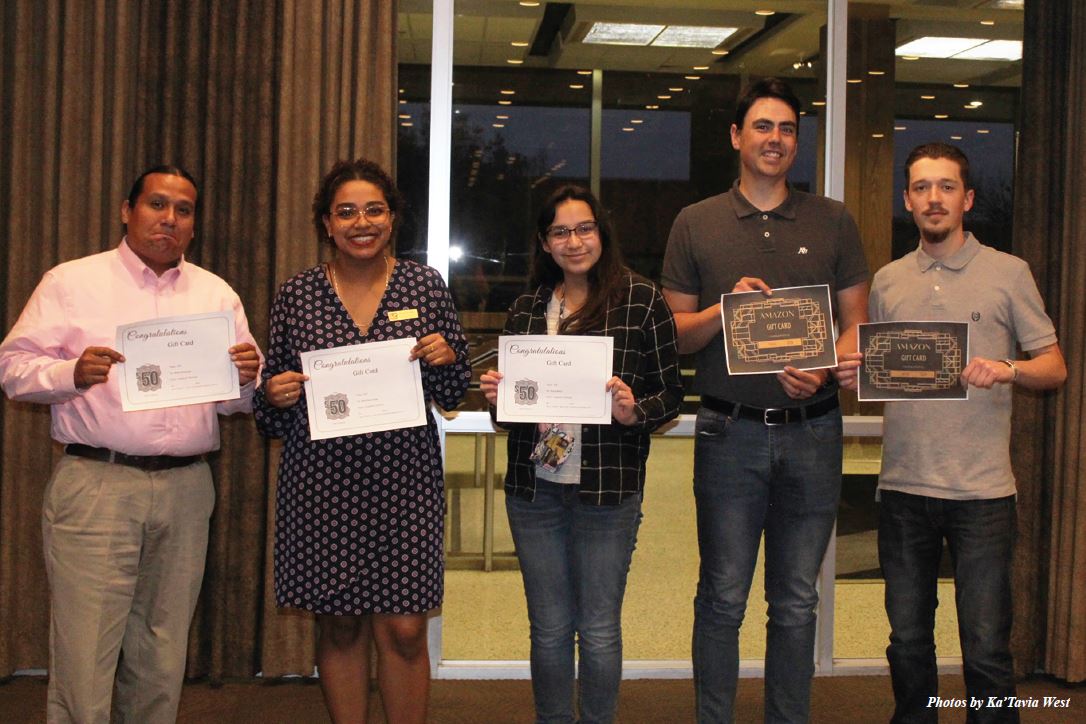 At 5 p.m. on April 6 in the Shepler Ballroom and via Zoom, the CU Women in Leadership and STEM Conference was hosted by the CU Engineering Club and sponsored by CU Lectures and Concerts and the CU Home Savings Bank Endowed Lectureship in Organizational Leadership.

Attendees were able to get a tote bag and other free items before entering the Shepler Ballroom. Food was also catered and tea, water, and coffee were available. The Walters High School Varsity Choir performed the National Anthem, and then Dr. Sheila Youngblood introduced the keynote speakers.

Hulett and Gray spoke about transformational leadership, starting by asking the audience the question: what is your leadership role?

“We kind of look at leadership from a different perspective based on personality,” Gray said. “We all can lead regardless of where we are planted.”

Gray said that it is not necessary for someone to have a title in order to be a leader.

“Anyone can accomplish those goals,” Gray said. “Anyone can mentor other people. Anyone can lead where they are planted.

“Transformational leaders, they transform, they change things,” Hulett said. “They’re social architects that, that can really build a new way of looking at things. Each one of us is a change agent.”

Hulett and Gray said that there are some characteristics that people who want to be better leaders can focus on. They are: caring, risking, dreaming, and expecting more.

Attendees took a transformational leadership survey of 18 statements that attendees rate from 1 (rarely) to 4 (almost always). Then, people broke up into groups to discuss their survey results.

After the keynote, there was a panel discussion. There were five panelist present, including the two keynote speakers.

Also present for the panel discussion was Kaitlan Brown, Kimberly Jones, and Terri Kinder. Brown is an E-commerce Director in NYC for Frances Valentine, a fashion company. Jones is a high school science department chair who has founded several programs such as Attire to Aspire, the Red Tulip Project, and Team Work Makes the Dream Work.

Kinder is the Southwest Regional Family Support Partner and Western Oklahoma Coordinator for the Oklahoma Family Network. Kinder also is the director for a charity called Rockin’ T Cure for Kids.

Johnson said that she learned determination, especially in regards to education, because of some of her early childhood experiences that she struggled with.

“Sometimes you have to override tradition to get to your dreams,” Johnson said. “I think sometimes determination overrides so much. We all have it. Sometimes we have to strengthen it in some areas, but I think that’s my overriding thing for me.”

Hulett said that her challenges have helped her build her strengths.

“What I’m learning is that I can gain motivation and strength through even the smallest success.”

Brown said that she likes to make lists because it helps her create a roadmap.

Cole Pretorius and Brody Beavers both attended the event, and they also both won a fifty dollar gift card to Amazon.

Beavers said that he thought there were a lot of good discussions at the conference, and that he hopes that even more people will come to it next year. He said he learned more about leadership.

“Nobody is too big or strong to step into a leadership role,” Beavers said.  I think it’s important to step up, taking that leadership position.”

For more information about the engineering club, contact Sheila Youngblood at (580) 581-8005.