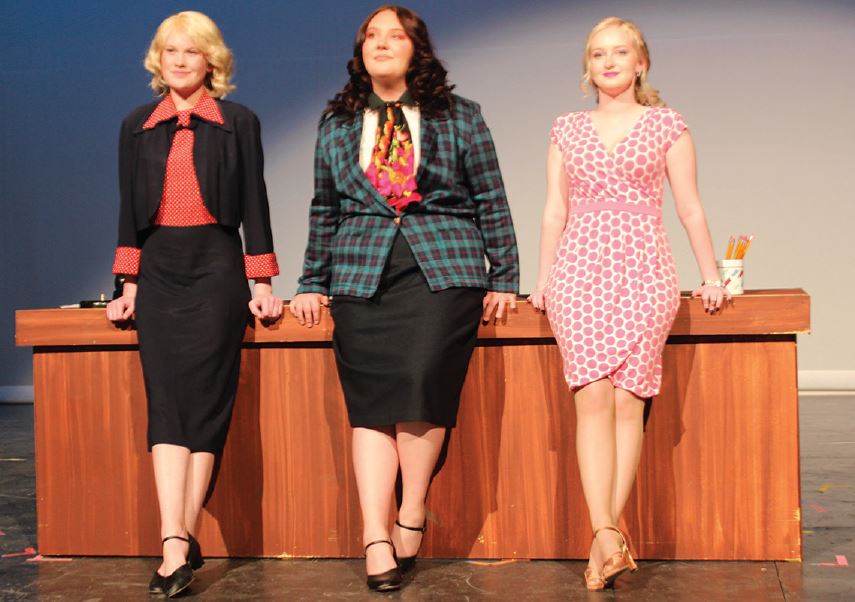 Cameron’s Department of Art, Music, and Theatre Arts closed its theatre season with the musical comedy “9 to 5.”

The musical comedy itself is about three secretaries who decide to get revenge on their misogynistic and arrogant boss.

The performance is scheduled at 7:30 p.m., Thursday through Saturday, and at 2 p.m. on Sunday, April 21-24 in the University Theatre.

The cast consists of Araia Heathcott as Violet Newstead, Heather Martin as Doralee Rhodes, and Shalyn Bowles as Judy Bernly. The antagonist of the piece, Franklin Hart Jr., is played by Byron Phillips.

Also in the cast is Professor Shaun Calix as Joe, Dakota Weeks as Dwayne, Victor Quinones as Josh/Doctor, Angel Frasier as Missy/Candy Striper, Grace Norbury as Maria, Curtis Myers as Dick, and MacEwan Sanders as Tinsworthy/ Orderly. Additionally, they are joined by Carmen Head, Alvarado as Kathy; Trinity Logan as Margaret; and Cole Nowlin as Bob/Detective.

Nina Pebeahsy is the Stage Manager for the production, and her assistant is Aubrey Waxler.

Sidni Blalock is the properties designer and Jaeden Smith, Wardrobe. Francis Waweru, Nairobi is the running crew and Maliah Davis is the light board operator.

Associate Professor Eric Abbott is the costume and makeup designer, who is assisted by Aubrey Waxler.