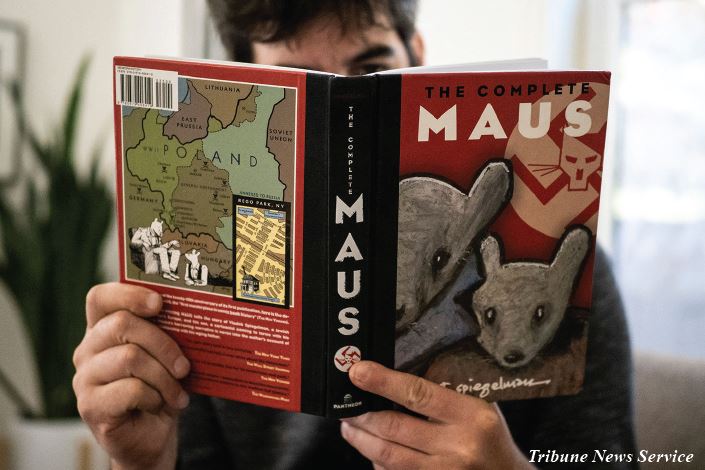 In the land of the free, there are often disagreements about what freedom includes and how much liberty people are permitted to have. Part of that liberty consists of the freedom of speech, which raises questions about how much freedom of speech Americans have. How much can we and should we censor?

Banning books is a form of censorship. Censorship is the suppression of ideas and information and is something that has occurred worldwide, including in the United States. Banning books impedes freedom of thought by restricting what people are allowed to read.

Proponents of banning books argue that they are trying to protect innocent minds from vulgar and obscene works, especially children. I am not arguing that parents should never be able to regulate what a child is exposed to, but I would argue that one parent’s opinion of what their child can read should not restrict what other people have available to read.

Parents often feel the need to protect their children from certain information, but in the age of the internet, this can be an exceedingly difficult thing to do. Perhaps instead of desperately trying to maintain children’s ignorance, we should encourage open communication with children.

This way, they do not feel the need to go behind the backs of parents and guardians to explore their questions about the world. We should strive to raise children who will grow up and become more informed adults who can better determine what they think is right or wrong.

In many schools, parents can request that their child not be allowed to read a specific book. That is not an issue, in my opinion. The issue arises when a parent tries to get a book removed because they do not think the book should be available for others to read either, which restricts other people’s rights.

In the court case Board of Education v. Pico, Supreme Court Justice Harry Blackmun said that “school officials may not remove books from school libraries for the purpose of restricting access to the political ideas or social perspectives discussed in the books when that action is motivated simply by the officials’ disapproval of the ideas involved.”

This means that officials, such as Boards of Education, cannot prohibit and remove books just because they do not agree with what they say. Furthermore, in the Board of Education v. Pico case, it was determined by the Supreme court that “the right to receive ideas is a necessary predicate to the recipient’s meaningful exercise of his own rights of speech, press, and political freedom.”

Therefore, banning books to limit the ideas which someone is able to receive would be a violation of the United States Constitution because the freedom of speech includes the fundamental right to receive information. The right to obtain information is a crucial part of exercising one’s freedom.

Additionally, the Tinker v. Des Moines School Dist. court case determined that students do not “shed their constitutional rights to freedom of speech or expression at the schoolhouse gate.”

Therefore, the freedom of speech is still a constitutional right that students maintain even when entering the school building.

One prominent issue with banning books is that it prevents people from getting other perspectives about people who are different from themselves. Books allow people to contemplate different ideas based on their own experiences and the information they receive. People should be allowed to receive the information and decide what they personally believe.

Some of the books that have been banned in schools include classics such as To Kill a Mockingbird by Harper Lee, The Adventures of Huckleberry Finn by Mark Twain, and Of Mice and Men by John Steinbeck. Books are sometimes banned because they are thought to contain information about topics such as sex, race, and gender.

Censoring information is nothing new and has happened throughout history worldwide. In 1933, Nazi student groups started burning books to “purify” Germany. The Nazis also raided libraries and bookstores to take the books they thought were “Un-German.”

Currently, Russia has enacted new censorship laws that prohibit free speech to control Russians through propaganda, especially when it comes to information about the war in Ukraine. People in Russia are not supposed to call the attack on Ukraine a war or an invasion, but a special military operation.

We are also experiencing book bans across the United States, including in Oklahoma. The true purpose of book bans is not to protect people, but to control people and the information they receive.

How can someone learn to think for themselves if the information they are provided with and allowed to read is severely limited based upon someone else’s subjective and biased ideas? What right does one group, whether it is the majority or the minority, have to dictate what everyone else is allowed to read and learn? Our freedom of speech is severely limited when free information is taken away from its citizens.

Since the freedom of speech is a protected right for United States citizens, I encourage you the people to speak up for your right to choose what you read. So, read those banned books and become an informed citizen, as you should be.