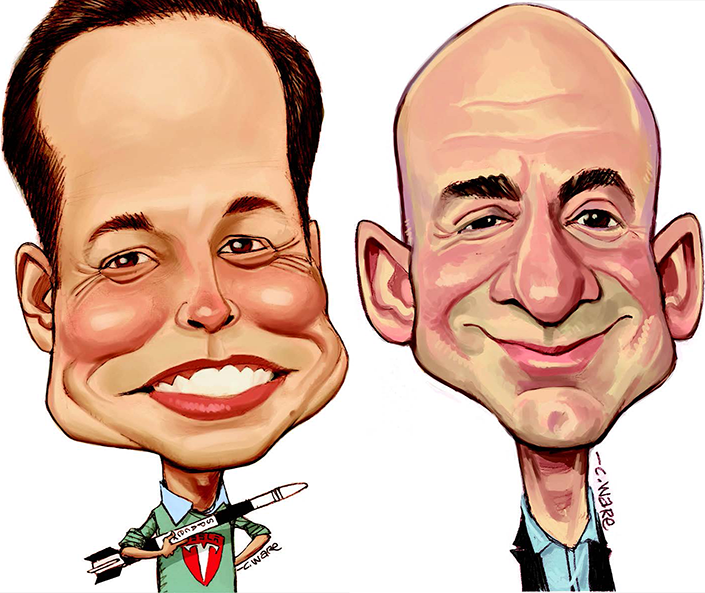 One day, when sitting alone in my apartment looking at the news of Jeff Bezos stepping down as the CEO of Amazon, I thought to myself – do billionaires eat leftovers?

At first glance, this question may not seem like one that would require any extra thought. You could think, well, of course, the incredibly affluent do. Even a caveman knows that leftover pizza saved from the night before is just as good as when it was fresh. Maybe even better, depending on who one asks.

However, just think for a moment. With the rise of companies that specialize in food delivery at the swipe of a finger, such as DoorDash, GrubHub, and UberEats, why would a person with obscene amounts of wealth such as Jeff Bezos, even fathom the thought of opening his fridge for food that isn’t hot or fresh?

The excessive eating habits of the world’s billionaire class are well documented by journalists and other associates of the elites.

According to Business Insider, the eating habits of the billionaire class are, at times, eccentric. At a meeting with members of another company, Jeff Bezos once ordered a breakfast of Mediterranean octopus with potatoes, bacon, green garlic yogurt, and a poached egg.

In the same article, Tesla and SpaceX CEO Elon Musk is said to usually skip breakfast, but his dinners sometimes consist of French dishes and barbecued meats.

What these two men do with their scraps is unknown, but there is a population in America and in other parts of the world who relies on foods that were unfinished from the night before.

After all, when one is poor, the only other option is to create a mixture of things to get a high-calorie count.

According to an article from 2016 published by the Washington Post, “The Difference Between What Rich and Poor Americans Eat is Getting Bigger,” the author noted data which shows a healthier eating trend for most Americans compared to previous years.

The data came from a study published in the Journal of the American Medical Association which covers the eating habits of affluent and low-income Americans from 2003 to 2012.

This is not that substantial of a number compared to how the rate of poor eating habits dropped for those who were more affluent.

This study shows that, even ten years ago, wealthy people could buy more fresh food than those who were poor.

Despite this data being on the older side, we can ask scholars in academia to get deeper insights into subjects like these, and what is a better place to approach scholars than our own university?

Dr. David Searcy, an Associate Professor of Political Science at Cameron, gave a few insights into this very question.

“Although you are talking from a relatively new field here,” Searcy said, “there are places where we can draw some links.”

As for the importance of food among the classes of people, Searcy feels that a wealthier person may not feel the need to save those scraps.

“The sustainability argument shows that how negatively someone views wasting food,” Searcy said, “a higher income person is probably more likely to toss it because they see food less as a required resource than a low-income person.”

In one study that looked at the wasteful habits of those in the developed world, titled “Determinants of Plate Leftovers in One German Catering Company,” by Bettina A. Lorenz et al., there seems to be a trend in who wastes what.

This study, done in Germany, looked at guests of a company’s cafeteria in fall 2012.

A total of 184 guests filled out the questions given to them at the time. These questions pertained to how the guests felt about the setting itself, environmental issues, how they felt on the topic of leftovers and other socio-demographic questions.

Although some of the responses were omitted due to issues, out of the remaining 156 respondents, 72 percent noted that they had no more leftovers on the day they participated in the survey.

This suggests that they ate it all or did not want to save what was left.

The second highest group with at least one food item as a leftover was 17 percent of the guests mentioned.

The rest of the respondents either had two or three different food items leftover.

These results do not tell us much about what is in a billionaire’s fridge, which is what I sought to answer.

Nonetheless, these results do show that as one gains more income, food becomes an ever-ready commodity rather than a resource needed for continued sustainment.

In my opinion, it can probably be said that a person with this much wealth may only have a refrigerator for condiments and the aesthetic of being an average person more than anything.