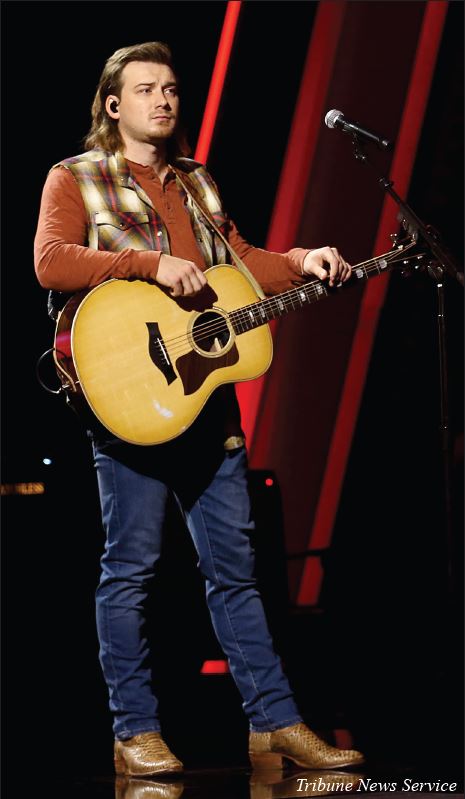 The tour got its name after his double album was released in 2021.

This album is Wallen’s second release and has received many awards and recognitions. Its debut claimed a spot on the Billboard Charts and the Top Country Album Charts at number one during the first week of its release.

It remained at the top of the Billboard charts for ten weeks.

This album received mixed reviews. Critically, Wallen was praised by writers at the New York Times and criticized by some at Rolling Stone and The Washington Post.

However, listeners seem to have an overwhelmingly positive response. Out of Wallen’s 54 tour stops, all but six sold out. One of these concert goers is Cameron University freshman Abby Powell who attended the concert with her family.

“It was my favorite concert that I’ve been to,” she said. “I also really liked his opener, HARDY.” Two days later, Wallen attended the American Country Music Awards and won Album of the Year.

Wallen was among other well-known artists such as Thomas Rhett and Jack Ingram.

Morgan Wallen was not expected to win this award due to previous controversy. Last year, he was barred from appearing or receiving nominations at these Music Award Events.

As a Country Music fan, Powell also listens to the other artists but feels like Wallen deserved it the most. She discovered him on YouTube when an early release of his “Chasing You” started playing.

Powell encourages others to listen not only to Morgan Wallen but to more Country music in general.

Another Country music and Morgan Wallen Fan is Cameron University Junior Blakelee Marco, who attended the concert with some of her friends.

Marco has listened to Morgan Wallen for over four years and found out about his concert through his Instagram. She also agreed that Morgan Wallen is growing in popularity and deserved the award.

His tour will continue through September and hit numerous cities and Music Festivals. Despite his controversy, he is still receiving a lot of fan support.

He has shattered Country Music records and continues to break the mold for the industry.