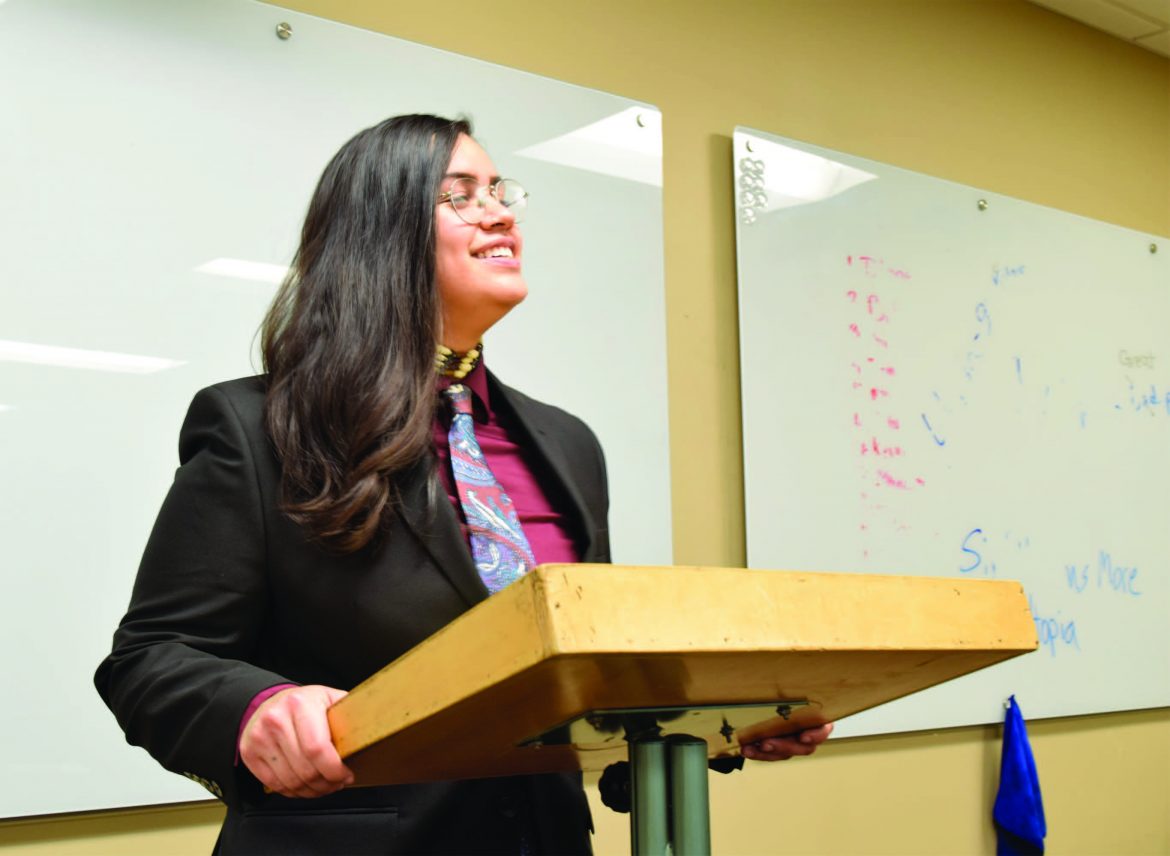 Through Feb. 25 – 26, the Cameron Debate team competed in and helped host the Oklahoma Forensics Association State Tournament online through the debate platforms Yaatly and Speechwire.

On Feb. 25, judges received video submissions for the Individual Event categories by the Feb. 22 deadline.

On Feb. 26, International Public Debate Association (IPDA) rounds took place on the Yaatly site, which offers features for speech and debate rounds such as a Timer function, separate rooms for competitors to prepare in (akin to Zoom’s “breakout room” feature) and another room for judges to conduct their ballot work after the conclusion of each round.

College and universities compete for recognition each year in given categories. With those categories, the Oklahoma Forensics Association (OFA) recognizes winners from both in and out of state, in categories which included both for award consideration unless specified.

Among the category groups were Oklahoma specific categories, overall categories, sweepstakes awards (both overall and Oklahoma) and individual sweepstakes.

The OFA also recognized the top Novice in each Individual Event as another award within those categories.

Speech and Debate coach Katie Stringer said that the team had won the tournament for the third year in a row.

“I am very glad we got the opportunity to compete and experience this tournament this year,” Stringer said.

“I think if I were to give someone props on the team it would be Sacred Martinez for sure,” Elroy said.

“Sacred is our IPDA debate state champion this year and has fought hard for that title. I can’t think of a single person more deserving of the debate championship than them.

“Sacred also was a monster competitor in the individual events aspect of the tournament as well, taking seven events to compete with total. Our whole team worked hard for our success, and it’s been great to have been apart of it.”

Martinez said that winning that first-place finish felt amazing. “It feels like my hard work in my favorite event has finally been showing big results this semester,” Martinez said.

“I am so happy to be competing in Debate under Katie, she is a phenomenal coach. She picked me up from crying at my first tournament after speech and four rounds of debating and did what any good coach would do, she believed in me.

“Her and a former member, Teague Fox, taught me everything I know and stayed by my side to develop my skills. Without them I couldn’t be where I am now in debate.”

Martinez said that her first involvement in Speech and Debate was in 2019, after hearing about how IPDA debate worked from Cameron graduate Teague Fox.

Computer Science Junior Dylan Griggs said that they were nervous going into the event.

“There is a lot of competition around the state,” Griggs said. “and trying to ensure Cameron remained the
best school in the state is a lot of pressure.”

Griggs said that his had prior involvement in speech and debate during highschool which sparked his interest in joining the team two years ago.

Biology Sophomore Maryssa Crispin, a new member of the team, said that they were anxious beforehand
as well.

“I had never done anything like this, so I was completely stepping out of my comfort zone.” Crispin said.

Stringer said that success in multiple formats of speech and debate comes from work and practice.

“Anyone can do any event as long as they work hard and keep improving,” Stringer said.

“A piece is never done or finished. Some events are easier than others for each person. You may be really good at one area and need extra help or work in another. “Dedication is something a competitor must have to truly excel in speech and debate.”

Stringer also said that she learned of the team’s resiliency through hosting the event and watching them between their rounds or helping with recording video entries.

“We have each faced a lot this year and yet we pulled together and did what was needed of us. It is wonderful to see the students excited and together again. Not being able to travel has deeply hurt our team and our ability to compete.

While we still had to compete virtually, we are getting closer and closer to feeling that passion again.” Stringer said.

For more information about the Speech and Debate Team, contact Katie Stringer at kstringe@cameron.edu