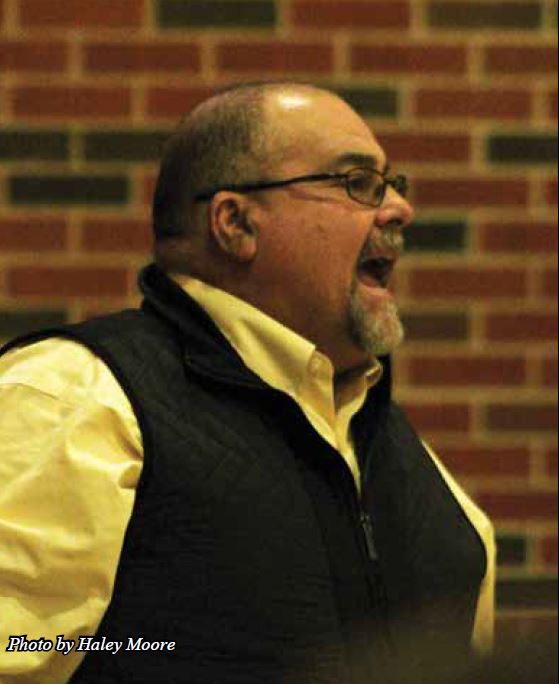 The Cameron Aggies Men’s Basketball Program finishes 5-18 in a season that saw highs, lows, and a coaching change. Jeff Mahoney was at the center of it all.

Fans expected the Aggies to get back on track this season. After a disappointing 2-15 2020-21 campaign, seeing the program barely capture double-digit wins in two seasons (11), 2021-22 was full of optimism after a roster turnover for then bench boss Andrew Brown. The Aggies welcomed seven new faces to the program, with only four returning members of that two wins 2020-21 squad. In his sixth season with the Black and Gold, Andrew Brown was confident he could turn around the new-look Aggies.

The Cameron season started with a thrilling 74-68 home win over Colorado State-Pueblo, pulling them halfway to their win total from a year ago. That season-opening victory was followed by three straight losses, the first of three losing skids for the Aggies, one spanning 12 games. In the midst of that 12 game losing streak, Cameron had to forfeit their January 17th contest against St. Edward’s due to a violation of Lone Star Conference COVID-19 protocols. By the time the Black and Gold took the floor to face UT Permian-Basin, CU had a new head coach in Cameron alumni Jeff Mahoney (Class of 1986).

Mahoney has been a key cog to the Aggies Women’s Basketball program, which has now won at least one postseason contest in each of the last two years, serving as an assistant coach for Emma Andrews for the previous three seasons. Now, he splits his time before the Men and Women’s program serving as a head coach for the Men, a decision that did not come lightly.

Mahoney recounts the decision before formally accepting the mid-season offer,

“I took my wife and Emma [Andrews] out to Red Lobster and discussed it,” Mahoney said. Mahoney’s main goal was to not disrupt the Women’s successful season, which turned in an 8-5 record to that point following up on their 11-8 campaign a year ago that saw them advance to round two of the NCAA South Central Regional Tournament. After Jeff Mahoney made the decision to take over as the Men’s basketball head coach, it was time to get to work.

“I took a step back from scouting [For the Women’s Program] and our Graduate Assistants [Andrew Tuan and Alec Daniels] took on more of a role on the Men’s side,” Mahoney said.

After the January coaching change, his star Senior guard Brock Schreiner noted the level of preparation for his new head coach praising Mahoney’s “attention to detail.”

After losing 12 in a row, a streak that included an overtime loss with three games decided by less than eight points in that span, it felt like a hopeless season for the Black and Gold. This new coaching dynamic presented one of the more interesting road trips as the Women’s program had a contest in Denton, Tex. against Texas Woman’s, and the Men played in Dallas, Tex. against Dallas Baptist University.

Mahoney led the Men to DBU driving a van; en route to Dallas, a hub cap fell off, but the Black and Gold voyage continued. After the final buzzer sounded on their 89-53 loss to the Patriots, in rush hour traffic Mahoney looped around highways and hopped in express lanes to book it up to Denton, Texas to help coach the Women in a high profile conference game. The top assistant and Men’s head coach remembers entering the court.

“I walked into Kitty Magee Arena as the final starters were being announced for pregame introductions,” Mahoney said.

When the dust settled, the Aggies tallied six practices under Jeff Mahoney and 14 games, not a recipe for getting everyone on the same page aimed at a coaching change. Despite the adversity on and off the floor, the Aggies broke through in a magic weekend at the Aggie gym as they took down Eastern New Mexico 66-65, as a precursor to upsetting number one ranked Lubbock Christian 89-85 in double overtime. Those were two of the three wins under Mahoney, tallying five on the season.

Through it all, the best win for Jeff Mahoney came on Feb. 24th in the Aggie Gym ass the Black and Gold knocked off Texas A&K-International, 75-65, marking Mahoney’s 300th career win as a Men’s Basketball Head Coach.

After an illustrious High School coaching career at Harrah High School in Harrah, Oklahoma, Mahoney hung up his whistle for new opportunities, just three wins shy of the milestone. His son, a Senior in High School at the time, pleaded with his dad not to stop “you are only three wins away from 300!”

Mahoney remembers his son explaining on the day he decided to leave Harrah High School, but it was never about any milestone for Mahoney. It was about leaving a program better than he found it. After capturing his 300th victory after a 12-year layoff, pulling off the biggest win the Aggie Gym has seen in over a decade, and changing the culture for Cameron basketball, mission accomplished.