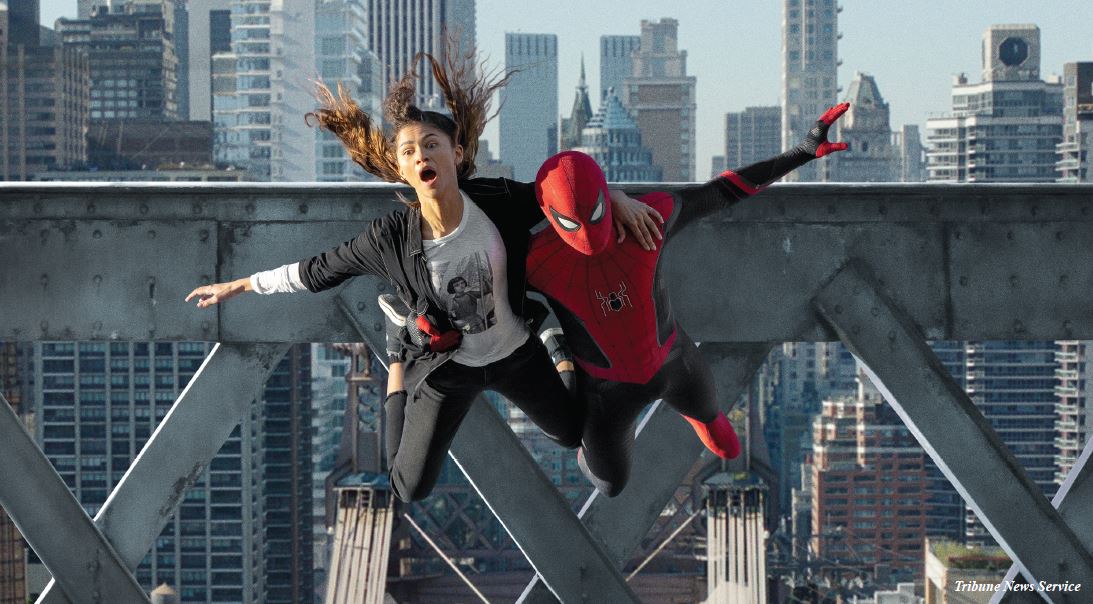 With the amount of love the film is getting from fans and critics, this film is undoubtedly a monumental success. But the question you may be asking is: Did this film live up to the hype? The answer to this question is a resounding yes. This film exceeded almost every expectation I had for it. This review contains spoilers.

The hype surrounding Spider-Man: No Way Home was, in my personal opinion, was unprecedented. With the numerous leaks and rumors surrounding the film, and for an extremely long time, this film was shrouded in mystery.

My hype for this film grew when I learned that Alfred Molina and Jamie Foxx were returning to reprise their roles as Doctor Octopus and Electro.

Seeing Alfred Molina as Doctor Octopus and the Goblin bomb in the trailer made me laugh and made my excitement for the film grow even more.

The official main trailer was released many weeks later, confirming Willem Dafoe has returned to reprise his role as the Green Goblin. This trailer also confirmed the Lizard and Sandman. Most of the rumors and leaks were confirmed to be accurate due to these trailers, but not all of them.

When the film officially premiered, I heard nothing but extremely high praise for this film. This film currently has 93% on Rotten Tomatoes. When I saw it the weekend of its official premiere, I left the theater overwhelmed but also overjoyed by how much I enjoyed this film.

It is not a perfect film by any stretch of the imagination, but it was pretty darn close. Most aspects of this film were near-perfect.

The chemistry between Holland, Maguire, and Garfield was amazing, pun intended. Speaking of chemistry, Holland and Zendaya’s chemistry is fantastic in this film. Every actor and actress in this film did an excellent job.

Willem Dafoe’s performance as the Goblin was great in the original 2002 film, but his performance in this film was absolutely frightening and an improvement over the original. The same could be said for Alfred Molina and Jamie Foxx.

The musical score for this film is among Michael Giacchino’s best work. While his scores for Homecoming and Far From Home were really good, his score for No Way Home is the absolute best of the trilogy.

The story itself is really good. Along with the multiverse aspect of the story and the inclusion of several villains, I was a bit worried that the film would feel extremely crowded and convoluted. Thankfully, for the most part, the story was relatively easy to follow and made sense. Additionally, this film has many dark and super-emotional moments that made me cry a few times. I am not ashamed to admit it.

But to be fair, there have been many other films that have caused me to cry, either out of sadness or joy. Avengers: Endgame was a film that made me cry tears of joy and sadness. No Way Home had the same effect on me.

In terms of flaws, this film has a few of them. Some of the humor didn’t really work, and I felt that Sandman and Lizard were underused in this film.

Another minor complaint that I have could apply to a lot films that have been released recently, which is that the CGI looks a bit unfinished in some places. The CGI is really good for the most part, but like Shang-Chi and Eternals, some of the CGI could have used a little more work. The action sequences in this film are also very well-done and exciting. For the first time ever, we get to see Tom Holland’s Spider-Man fighting in hand-to-hand combat while not relying too much on Iron Man technology. Overall, this film is among the best Spider-Man films ever made, and I cannot wait to watch it again.