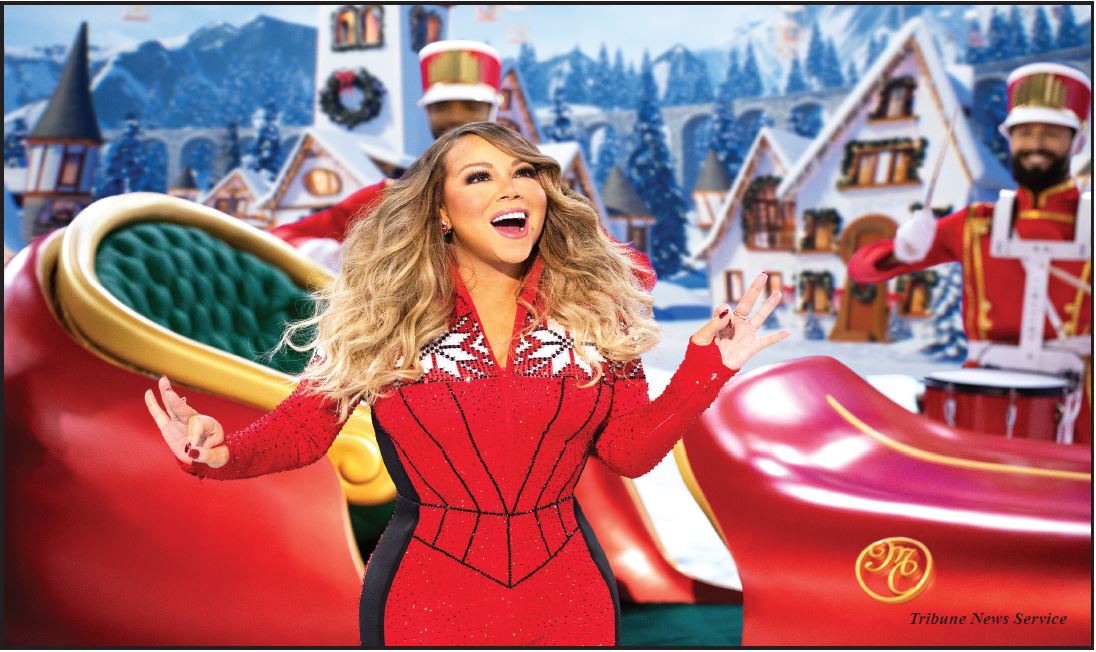 It all started on 28 Oct 1994 where Mariah Carey released her first christmas album. Now, ordinarily this would seem like an uninteresting fact because many artists record Christmas albums with their own renditions of traditional or classic songs. On Carey’s album there is one particular original song, “All I want for Christmas is You” that even now 27 years later has become one of the most popular and I dare say, most iconic Christmas song of the past few decades.

As an artist, one hopes to transcend time through their work, but not even Carey or now referred to as the “Queen of Christmas” could have fathomed the impact of this song. Every year from November 1 through the end of the holiday season the song is streamed so much that it works its way up to the top 100 billboards chart. As of 4 Nov 2021 the song is in the top 40 of the top 100 songs on Apple Music according to a website called “Food and Wine”.This is not only a phenomenon in the United States, but around the world one could say as well. Just in the past holiday season of 2020 according to Official Charts, a website published out of the United Kingdom stated Carey’s song reached number one on the most popular songs. According to Canadian television news the song has officially broken records for the most daily streams of a song reaching 17.223 million. In the past four years the song has become even more popular. According to NBC the song has reached more daily streams in the past four years than ever before.

What is it that appeals to people about this song? That becomes the question, but it would be hard to pinpoint exactly why. Is it her voice, the melody or is it simply just catchy and people have to listen to it to try to get it out of their heads, who knows. The point is this song has become so the rage since it came out that even reporters from the Washington post have used it in surveys to measure christmas cheer and around what time of year it actually begins– is it 1 Nov or around Thanksgiving.

Though the song is well loved it is also disliked. There is a bar in Dallas, Texas that for the past few years has hung a sign on their jukebox only allowing the song to be played once a night and only after 1 Dec. The argument from those that work in the bar was that it was played so often that the people working would get tired of it. So, it doesn’t necessarily mean that people don’t like the song, but it just can become an annoyance during the holiday season.

Sometime in the past 27 years because of the song Carey has become known as “Queen of Christmas”. Where people come up with these things, the world may never know. Carey herself over time has been a part of hundreds of memes, some more callous than others, but it all depends on what individuals think is funny. Several years back a trend started that as the holiday season approached Carey gets skinnier and there are unrealistic airbrushed photos of her and thus the coined term “skinny legend” came about. Another is Carey is usually behind someone in their Halloween costume in a red velvet dress or knocking at the door come 1 Nov. More of the other popular ones have to do with her fading away into snow when the holiday season is over or her being packed away with the Christmas decorations until next year.

Carey is known for her range which hits five different octaves. She has released 76 singles and has been ranked number one for 19 of her songs, though all of the songs she released were ranked. Carey is arguably one of the best singers of this time if based on ranked singles. Carey’s voice has indeed transcended time and it will continue to transcend time. As of 5 Nov this year Carey released a new Christmas song with R&B, pop artist, Khalid and gospel artist, Kirk Franklin. Give it a listen and see if she can do it again and have two iconic Christmas songs.