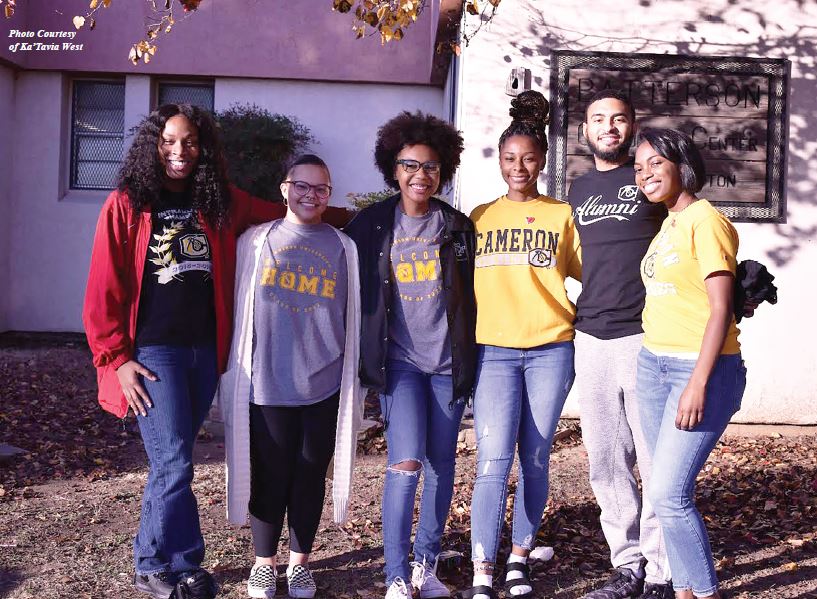 By Charles Ajjarapu and Cam Alsbrook

The Black Student Association (BSA) is an organization that aims to be a voice for students at Cameron.

The association’s goal is to educate and affirm African American culture, giving students a space to freely be themselves. It is an aspect that BSA president Ka’Tavia West hopes to give all its members.

“The main mission statement is to be a place away from home,” West said. “Primarily, it is a safe space for us due to the fact that we live on a predominately white institution. It is our way of staying connected to not only each other, but the world outside of us while we are in college.”

West ran for president and began her plan to renovate BSA. For West, BSA was about more than just becoming president and taking over the organization, It was a statement.

“It was really a friend group and nobody was taking it seriously,” West said. “Not only did I want to take on the responsibility, I wanted to prove everyone wrong. It was very much a joke, and I did not like that.“

Since taking over the organization three years ago, West has been on a mission to build structure within the organization. After seeing the state of the institution, West wanted to change the whole landscape of it.

“Prior to me becoming the president,” West said. “there was not really much presidency in a way of organization. Initially, it was just me and four of my other friends, so there was only a few of us. There was a lot of festivities that BSA was not a part of.”

As of now, the club boasts over 20 members and continues to grow, with students hailing from a variety of places.

Even though it has only been three years, West said she remains excited that BSA has become a vital part of campus life.

“One of the biggest accomplishments I’ve have had is the growth of the Organization,” West said.

Recently, BSA hosted their annual “Poetry and Chill” night for all students on campus. With this event, the organization wants to continue to spread awareness and also give back to the students, faculty and staff at Cameron.

“That’s the one place that we have brought to campus and created,” West said. “as a way for students to be raw and authentic and have the freedom to say and do whatever they shall feel, whether that’s rapping, singing, dancing, talking or even telling jokes. It is just a safe space for students to feel like they don’t need to conform to rules.”

The organization holds raffles on social media such as the “Golden Raffle.” In the case of the Golden Raffle, It is a fundraising event to help Cameron students and organizations, while offering three big raffle prizes.

“We plan to do this more often for students,” West said. “because there are students that come to campus that do not have much or don’t know what there is to have. We provide small necessities that they need to get started. And as the year progresses, we give them more.”

The organization has more events lined up for the upcoming year. BSA will have various fundraisers like bake sales, and partnerships with Texas Roadhouse and Firo’s Pizza.

Even outside of the Cameron campus, BSA aims to spread their message to the community of Lawton.

One event West finds a lot of admiration for is “A Day of History” held at Cleveland Elementary.

“It takes place during Black History Month,” West said. “and is a program dedicated to not only educating students about Black history, but the other people that were apart of making the things around us.”

As her BSA presidency slowly comes to an end, West said she could not be more pleased with the state of the organization. The only hope she has for BSA is the continued growth and willingness to work.

“I wish everyone the absolute best of luck,” West said. “I hope it continues to thrive far long after me. Between the last three years of me being president, BSA has become a big organization and is known now. I feel like I fulfilled my purpose in what I was suppose do in the organization.”