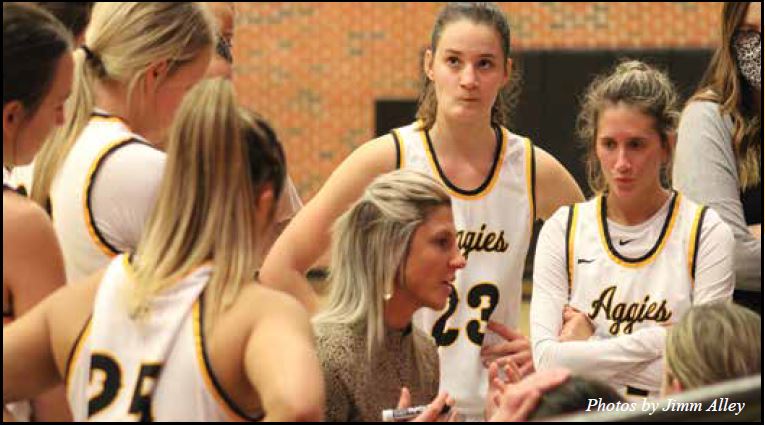 The Cameron Aggies women’s basketball team got off to a slow start in the season, but they would pull through to finish their season with an 11 and 8 record. The Aggies’ magical end to their season included winning eight of their last 11 games and earning a spot in the Lonestar Conference championship and NCAA tournament. The team hopes to continue this success coming into the new year, and have a strong chance to build on their prior success.

Last year the Aggies ranked third overall for offense in the LSC, however, the defense this year could not compare as the squad was ranked 11th allowing 68.1 points per game. Through the first three games of this season, they are the number two ranked offense scoring 87 points per game, and have brought up their defense to the number six spot, only allowing 61.7 points per game to opponents.

The Aggies have a lot of reasons to be excited about this season. A championship win could be within their reach if they can keep up the pace on offense and continue to improve in their defensive game. So far, the Aggies are undefeated this season, winning all three contests by at least 20 points.

Junior Maighan Hedge is not only the Aggies leader in points averaging 24.7 a game, but she is also leading the LSC in total scoring.

Katie King looks to continue the success of her first year at Cameron as she settles into her role as a leader for this team.

Stephanie Peterson has been taking charge of the defense this season. She is the front runner for the team in rebounds and blocks, while also leading in minutes per game.

Whitney Outon has high expectations for this team and hopes to help her team to a championship victory by the end of her time at Cameron.

Karley Miller ended last season strong, putting up 18 points against Midwestern State in the LSC quarterfinal. Miller looks to continue growing as she settles into her role on the team.

The future is bright for the Cameron Women’s Basketball team. The Aggies have proven through the first three games that they are legitimate threats to make a run at a title this year. If they can continue this amazing start to their season it will be hard to find an opponent that could stop them.