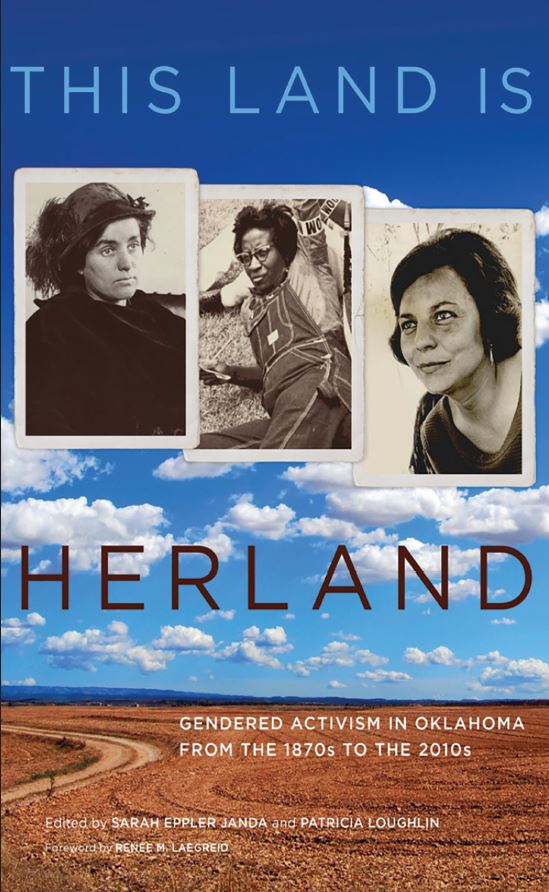 At 2 p.m. on Sept. 27, over Zoom, Cameron political science professor Stuart Hooper hosted an event called This Land is Her Land.

The event was the first for Cameron’s Social Sciences Research Forum, a new initiative created by Hooper.

Hooper wants to bring new topics to campus, ones not always talked about or covered in detail in the classroom.

“Specifically, I wanted to highlight research that takes place within our department at Social Sciences because we have professors that do a lot of interesting work,” Hooper said, “and this is one way to highlight that.

It also gives students access to different academic voices they don’t get to hear from every day in the classroom.”

The Zoom event discussed “This Land is Her Land: Gendered Activism in Oklahoma from the 1870s to 2010s.”

“This Land is Her Land” is comprised of stories from 13 different Oklahoma women activists as they explore their experiences during the time period.

Loughlin points out that the book is the first in a series by the University of Oklahoma Press.

“The Oklahoma press is now the home of the “Women in the American West” series, so this is actually the first book in the series at OU press,” Loughlin said.

Loughlin and Janda looked at ways they could bring together 13 different women scholars, which led them to lead two workshops.

They held workshops in Tulsa and Oklahoma City, where they brainstormed ideas to narrow down their focus.

Throughout the Zoom event, the three authors discussed different portions of the text. Scott examined the shifting gender ideologies that shaped the life of Alice Robertson, who was the first congresswoman to call the House of Representatives.

Scott also discussed other topics such as women’s suffrage, modern maternalism and gender identity during childhood in Indian territory.

Janda spoke about the second section of the text that focuses on the gendered politics of segregation in Oklahoma, highlighting the struggle during that time. In her chapter, she covers the life of Rosalyn Coleman Gilchrist and the experience with gender politics that was the turning point in her activism.

Rosalyn Coleman Gilchrist set herself on fire in 1959 in an attempt to escape her abusive husband but was unsuccessful.

After months of reconstructive surgery to correct the third-degree burns, Gilchrist was not welcomed with open arms.

She was not allowed to attend her local congregation because of her appearances and was only allowed to have African American nurses look after her in the burn unit of Baptist Hospital in Oklahoma City because of how bad her burns were.

It was this pivotal moment in her life that led her to begin her activism.

The third portion of the book looks at the contested notion of equality, focusing on a Baptist minister’s wife who becomes a leading activist in favor of the equal rights movement, indigenous women using maternalistic politics to reassert tribal sovereignty, and a fascinating use of motherhood.

The book is available for purchase on Amazon and the OU press website at https://www.oupress.com/books/16510295/this-land-is-herland.