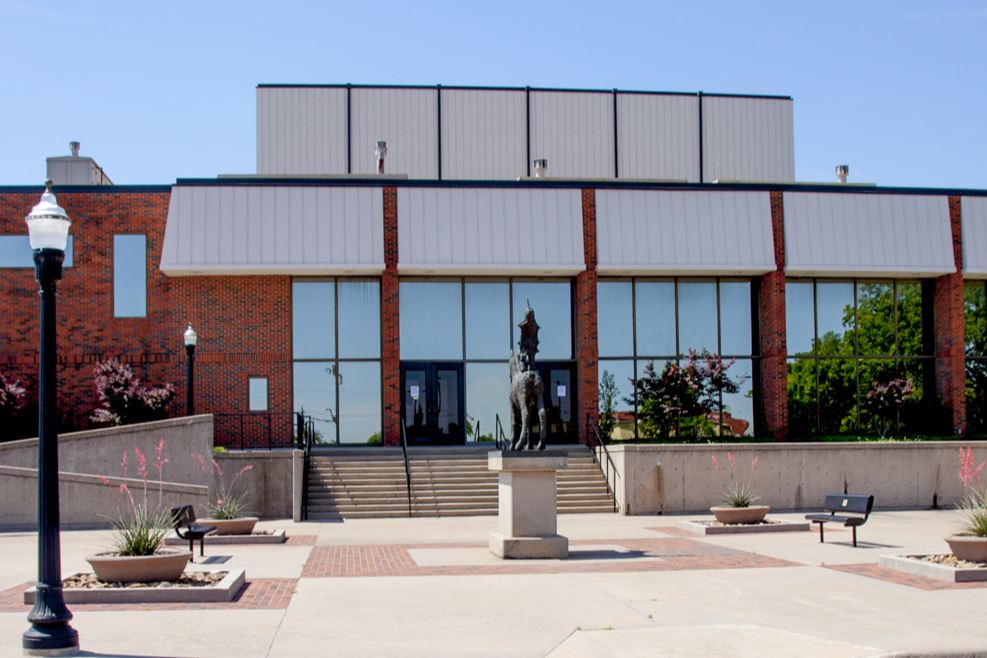 At 7:30 p.m., Oct. 7, at the Cameron University Theatre, the university’s concert choir presented their Fall concert. Twenty-three students worked together to fill the auditorium with their voices, accompanied by a pianist.

The singers performed six songs. Though, in between the third and fourth song there was a short preview of an opera called “The Medium.” This opera, written by Gian Carlo Menotti, was about Madame Flora who, along with her daughter and servant, would put on an act for individuals to make them believe they were in a séance.

After a few too many times of acting, Flora has an experience that drives her insane when she feels the touch of a hand during one of her “shows” (that were never real to begin with). This short preview had a cast of six individuals who were a part of an opera workshop that also sang as part of the choir.

Arian Spears, a psychology major who is a sophomore here at Cameron University, talked about how the opera in between was something different than what she has experienced before.

“I like having it switch up in the middle of the concert,” Spears said. “It kept things interesting.” Chemistry senior Prisca Kouao, said, though she has never been to an opera, she feels as though her background with music helped her to appreciate the performances more.

“I have seen a little (opera) on tv, and I have played operas when I was still in orchestra,” Kouao said.

“I liked that they went based on the piano instead of the coordinator showing them the pace they are supposed to be at. They were able to do it on their own and know when it was their turn to come in.

That is a lot of work and practice to be able to work with your members to set a pace so everyone is on the right track at all times.” Kouao continued to talk about how she liked the opera overall, but there was a moment when it was getting a little ominous.

“I enjoyed it at the beginning when it started, but then it started to get creepy and I wasn’t feeling it as much,” Kouao said.

“Then, when I read what the opera was about, I got interested and  decided to maybe watch the opera on my own time.” To frame the opera, the choir performed six different pieces by different types of voices from the various sopranos, altos, tenors and basses.

A few of those songs had solo performances within the song. The first song of the night was “Hark I Hear those Harps Eternal” by Robert Shaw, featuring a solo by soprano Samantha Cook.

The second song, “Sing unto God” by G.F. Handel, had a couple solos in it performed by  David Garcia, a tenor, and Rachel McCurry, an alto.

The third song with a solo performance was also the last song of the night, “Music Lead the Way” by Laura Farnell.

The soloist was Grace Norbury, a soprano. Spears said she was impressed by her first choir concert here at Cameron. “10/10; I really enjoyed myself,” Spears said.

Kouao, had a similar experience to Spears in the sense that she  was pleased by her first experience with the choir. “I enjoyed the concert because, since I used to play the bass in orchestra from 6th all the way to 12th grade, I know how much practice and dedication has gone into each song for it to be perfect when you go on stage,” Kouao said.

Kouao praised the concert by saying she would like to attend another. “I would recommend another student to go,” she said. “I enjoyed most of the music and it was nice to see all the choir members really enjoying themselves on stage.”

For upcoming events held by the Department of Art, Music and Theater Arts contact the box office at (580) 581-2346.