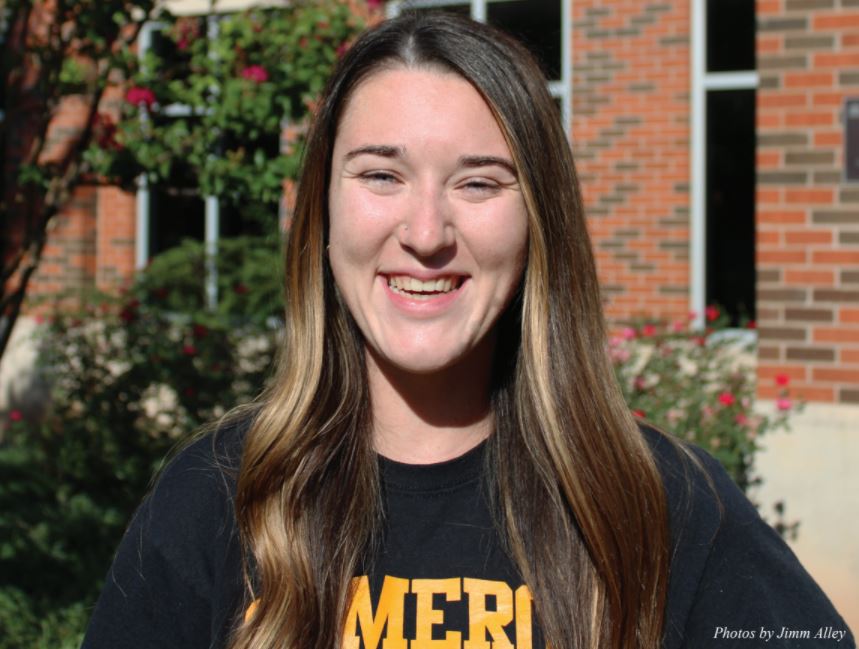 Senior and strategic communications major Madison Latimer is in her fourth year on the Cameron University dance team.

“I never really took any dance classes as a little girl,” Latimer said. “I always did cheerleading for like little league.”

Growing up in Marlow, OK Latimer did not have the access to traditional dance training that was available in other places, so instead she decided to teach herself.

“I taught myself everything I know off of YouTube videos,” Latimer said. “And it got me on the team.”

Latimer joined her school’s dance team in the eighth grade and quickly realized this was something that she loves to do.

“My freshman year I discovered that I really liked dancing,” Latimer said. “It’s something I want to continue doing even after college.”

Latimer was an all-star dancer her senior year of high school while her team was also pretty successful.

“We competed every year,” Latimer said, “we even won state a couple of times.” Latimer was suggested by a friend to try out for the Cameron dance team, and the rest as they say is history.

Latimer decided to become a communications major because of her love of talking.

“I’ve just always been naturally good at talking,” Latimer said, “I’m really opinionated and so I like to debate my opinion.”

Even though she was self-trained for the most part, Latimer says that it has taken her several years to get to the point she is at now.

“I’m towards the end of my dance career,” Latimer said, “but I feel like I’m still learning and still taking in new things.”

Latimer’s dream is to try out for the Oklahoma City Thunder dance team, also known as “Thunder girls” once she finishes college. Although the Thunder would be her first choice she would like to dance for a team in the National Basketball Association.

Latimer is a massive sports fan and she is certainly not picky about what she likes. Latimer says that she can watch any sport if it is on.

Elsewhere on campus Latimer can be found working as a lifeguard in the Aggie Rec Center. Latimer is just one of the many bright young athletes that attend Cameron University and in her four years at Cameron has accomplished many things.