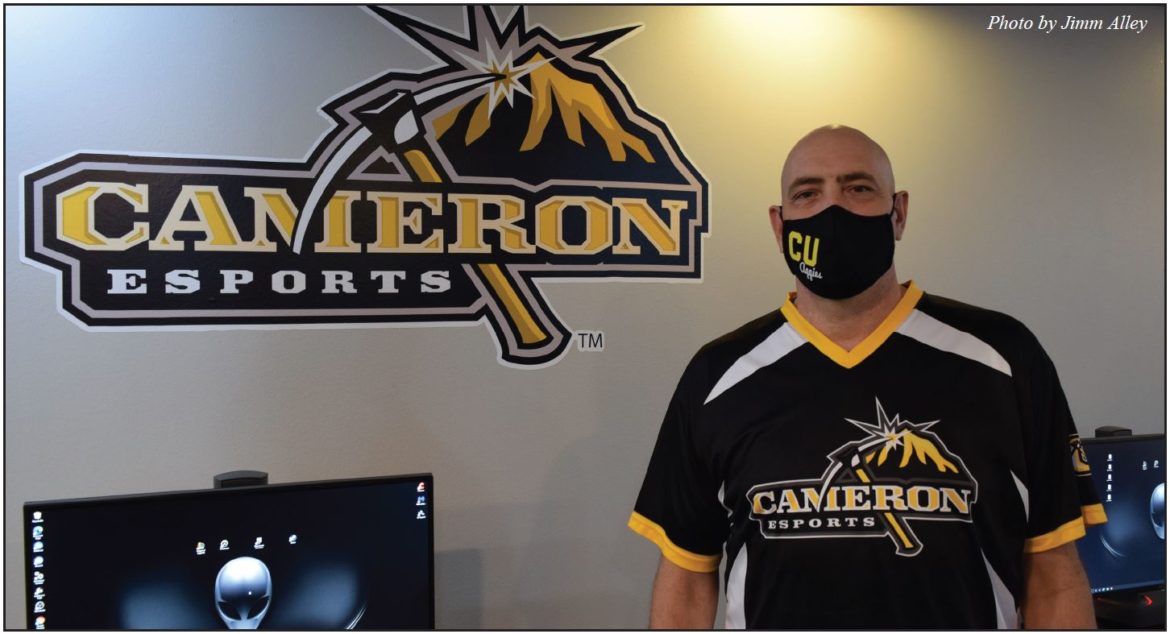 In depth on Cameron esports with John Cunningham

For the second year, the Cameron Pickaxes will be preparing for the upcoming esports season with high hopes.

Cameron esports Coach, John Cunningham said, after getting the first year under their belt, the team is looking forward for the continued growth of the program.

“When you are joining esports, how committed are you?” Cunningham said.

“Obviously, we want you to be committed to your school work because graduating is number one, but
if you are in the esports – that should be number two,” Cunningham said.

For esports athletes ready to make the commitment, Cameron is holding tryouts for the team starting
the week of Sept. 13.

The squad is currently looking to fill spots for the four gameplay teams: Overwatch, League of Legends, Rocket League and Super Smash Bros.

To bring out better competition for the team, Cunningham wants to hold tryouts to help improve the team for the competition ahead.

“An example would be our Super Smash team; it gets to the point where I have really good players on the team already, so I have to base these tryouts on how good you are and how you can help us win against other schools,” Cunningham said.

Esports athletes have the opportunity to put their talents to work competing against many Oklahoma schools, from University of Oklahoma to Rogers State University. Athletes can win gaming accessories like new computer mice, keyboards, and a variety of other materials to help boost their gameplay experience.

Students can also receive tuition waivers throughout the season as well. “For students just thinking about
trying out, I will give them access to the esports room even if they are not on the team, so they can practice before tryouts to get familiar to all equipment,” Cunningham said.

“I want to make sure everyone has the opportunity to do their best.”

The McMahon Foundation generously provided a grant of $110,000 to start up the program. “Kelly McClure took the money and purchases all the equipment, lights and everything for the room,” Cunningham said.

“Both of them (Keller and McClure) began designing the room. They broke down walls… put new glass, lights, and fresh paint to make a whole esports room.”

Cunningham said the program has been a success – resulting in busy days and relentless practice for esports athletes.

Cunningham wants to win. “I reiterate this to everyone that shows up; is this what you want to do? Cause this is what it
will entail; I am going to need your time,”

Cunningham said, “twice a week in practice and maybe a game week for a league or tournaments.”

“You will see a shy and quiet person turn into that talkative and excited person,” Cunningham said.

“The way they change their personality over time, you just see them grow as a person and for me,
that excites me the most.”