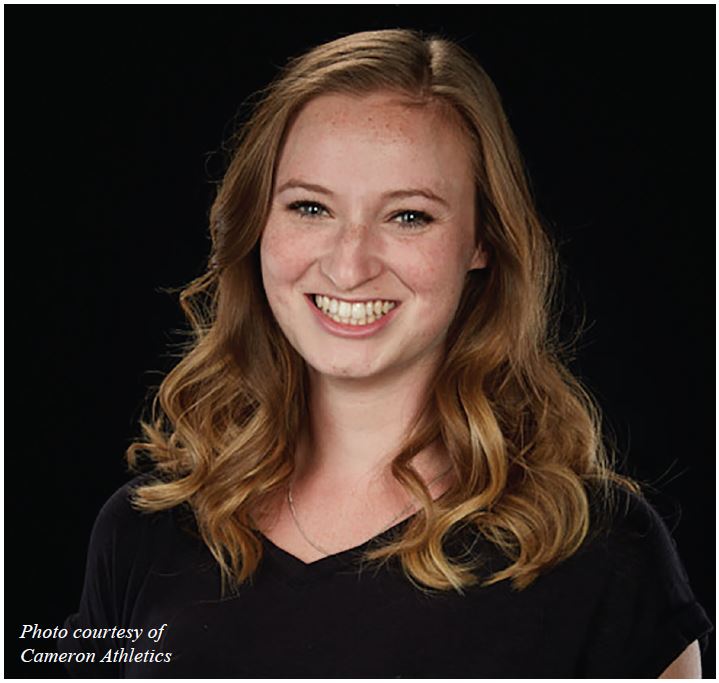 In just her second season in the program, Tait became Cameron’s Athletics’ Coach of the Year.

Tait used to be a member of the collegiate squad, herself, when she was a student.

“It was a complete surprise,” she said. “I had absolutely no idea and then I saw it posted, and I
was in shock. It was a very cool feeling.”

Tait also mentioned how her boss congratulated her, as well as receiving text messages from some of
the team members.

This award is important to the spirit team because it has given them confidence going into the
upcoming season.

Due to the COVID-19 pandemic last year, the team had to remain in the stands, wear masks and social
distance.

She mentioned accountability partners as well as team building and continuing to grow the program.
Sophomore dancer Madalynn Elkouri spoke about the changes that are being made from the 2020 season.

“Just being able to dance on the court,” Elkouri said.

Cameron Athletics is adhering closely to both CDC and NCAA guidelines in light of the ongoing
pandemic.

They will be able to return to the sidelines, perform and support the Aggies from the court.

Elkouri also mentioned how deserving Coach Tait is of the award.

“Coach has worked really hard,” Elkouri said. “I think it is well deserved for her, and it has
brought the team closer together.”

The Spirit Team is also involved in Volleyball and Men and Women’s Basketball.

The squad members are excited to perform during these sports and are looking forward to seeing a
crowd.

Tait said that she likes the Spirit Team perform at basketball games the most.

“My personal favorite is Basketball because we get to do a lot,” she said. “We can go out onto the court multiple times during the game…but for Volleyball, because of the net, we don’t get to go out very much.”

The first Women’s Volleyball game took place at 5:30 p.m. on Sept. 15 in the Aggie Gym and was CU versus Southeastern Oklahoma State.

The Aggies will have nine home games this season.

Both Men’s and Women’s Basketball will start in November with about 15 home games a piece.

For more information or for a detailed composite schedule with all Aggie Athletics game times and locations, visit CameronAggies.com/calendar.