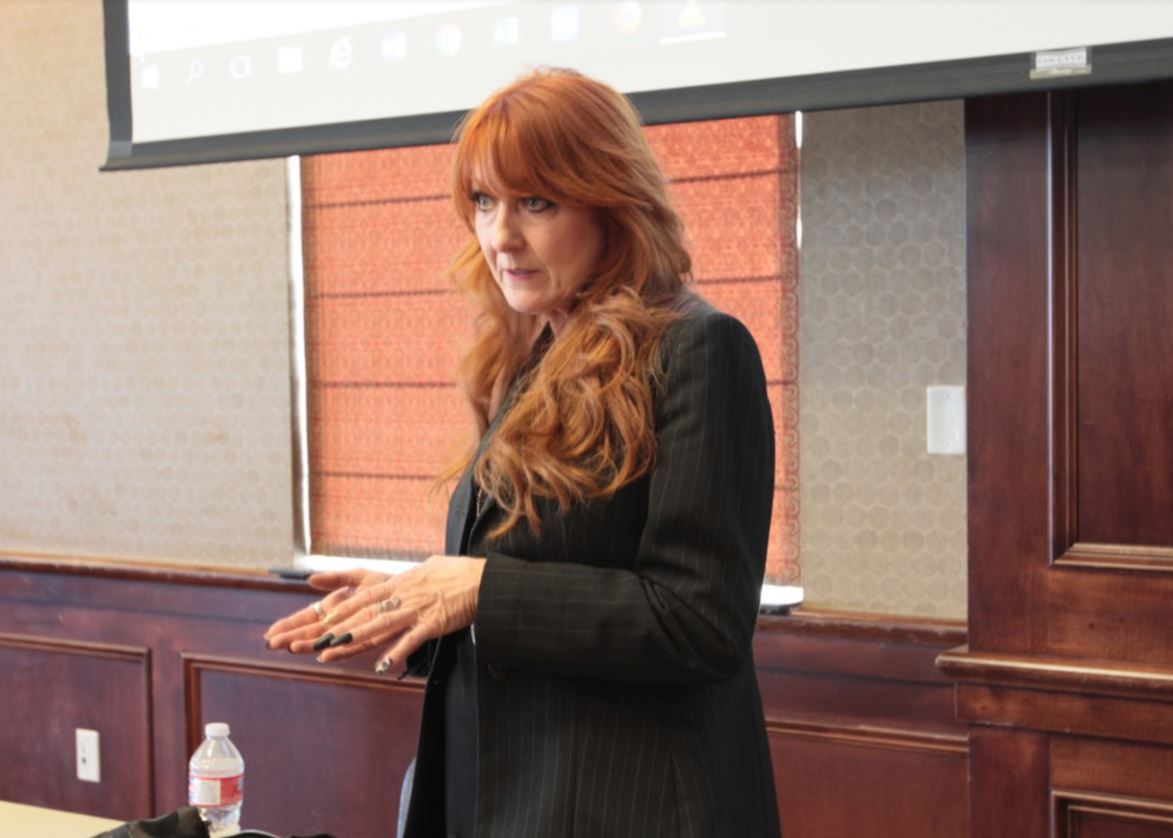 The program started thanks to Christie Luthor, and she is currently serving as the executive director.

She described R.I.S.E as her passion and her life’s work.

Luthor established the first cosmetology school in a women’s prison in Oklahoma in 2017.

Luthor served an incarceration sentence for four years, four months, four weeks and one day, and when she got out, she decided that she needed to do something to help other women who were going through a similar experience.

She said that she experienced a broken justice system firsthand during her incarceration.

“I saw a need while I was in prison,” Luthor said. “I felt called to take care of that and to start pursuing the opportunity to have a school for the women.”

Women leaving prison often had dealt with a lifetime of abuse, had few resources, and many did not have hirable skillsets.

Without the necessary skills, support, and resources, many of the women ended up falling back into their old lifestyles and habits that had gotten them incarcerated before.

This is especially a problem in Oklahoma because there are more women imprisoned in Oklahoma than anywhere else in the world. Around 151 to 152 women per every 100,000 women in Oklahoma are imprisoned, which is about twice the national average.

In Oklahoma, the incarceration rate for women is twice the national average.

The amount of education programs in Oklahoma for incarcerated women are significantly lower than those for men.

“You have to give someone a reason not to return back to prison,” Luthor said. “If it’s a revolving door, you have to ask, ‘what needs to change?’”

Luthor checks on her students even after they are released and have graduated.

R.I.S.E partners with salons, transitional homes, nonprofits, and the Oklahoma Department of Corrections in order to provide resources for the women to help them when they are released.

R.I.S.E offers the women a free vocational education program that is valued at 20,000 dollars.

They have the lowest license and exam fees for cosmetology in the nation, and they have a 100 percent state board exam pass rate.

They are tested at the prison, which is something that also had never happened before.

The program currently has a zero-recidivism rate (meaning that after they are released, the women in the program have not been re-arrested).

Maria Moore was released two days prior to the R.I.S.E event at Cameron University.

She is going to be the first person in the program’s new transition house.

Moore said that she felt compelled to come to the event and to tell everyone there what the programs has done for her.

“I wanted to get my story out there,” Moore said. “I wanted to let them know what the R.I.S.E program means to me and what all it’s done in my life.”

Moore said that she turned to drugs to cope with the death of her daughter.

She received a thirty-year sentence for a nonviolent drug charge.

After her arrest, she thought that she had lost the chance to make her childhood dream of becoming a cosmetologist come true.

“This program has healed me from the inside out,” Moore said. “I look forward to being an independent, law abiding citizen.”

Tondalao Hall did not have a GED before prison and was a working Mom dealing with an abusive relationship.

Before she was incarcerated, she styled her friends’ hair sometimes, but she did not think that she would be able to get her cosmetology license one day.

Hall said that she was very thankful for all the program has done for her.

“It wasn’t just about hair and nails that I got out of the R.I.S.E program,” Hall said. “It was about restoration, just me becoming a better woman.”

Jessica Millwee, another graduate of the program, said she learned during incarceration that opportunities in prison are limited.

Millwee did every class that she was able to, enrolling in college and maintaining a 4.0 GPA while in prison.

“The sisterhood and the fellowship of that program runs deep,” Millwee said. “I learned so much, and I finally could say that I have something that’s mine. I earned it, and I get to build from it.”

Millwee also said her success did not come without struggles.

“Remember that the things that you take for granted, other people are praying for.” Millwee said.

For more information, or to donate to the R.I.S.E program, Visit their website at https://www.riseprograminc.com/.