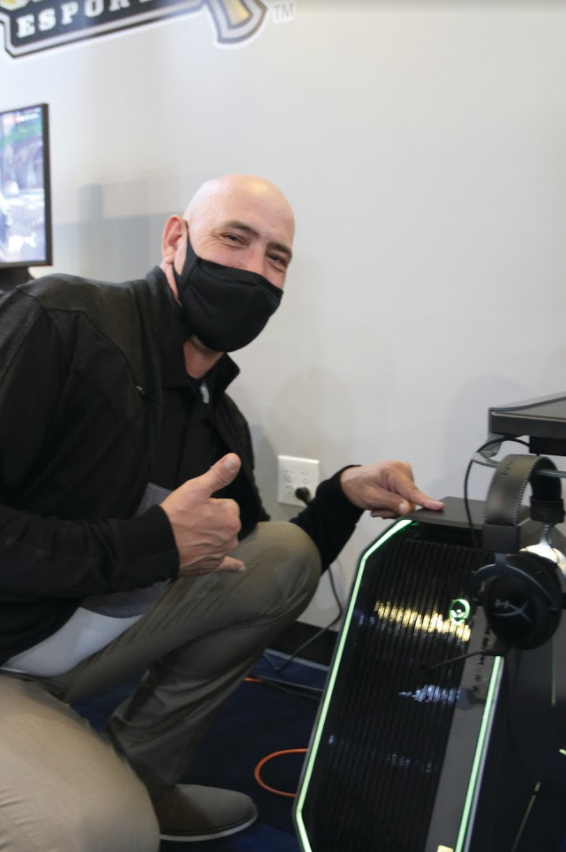 Cameron Pickaxes Coach John Cunningham has coached the team since it’s inception in 2019.

I have been fascinated with the fact that something I’ve always loved to do has become something that you can make a living at in today’s world. I’ve been interested in gaming my entire life. Esports, really just the last 4-5 years because how quickly its grown in that amount of time.

Have your taste in games changed since you started [playing]?

I would say yes. We all have particular games we love to play when we started and that over time and with how huge the gaming world is now, I have grown to love many different game types.

Which are your favorite esports to watch? How would you explain how the game is played?

My favorite esports to watch right now is Rocket League. To explain, it is because it takes two of my favorite types of games and puts them together all into one game! Simply, because I love sports games and the competitive nature of them as much as I love car and driving games. With Rocket League, they are both together in one game.

What was your first game that you remember?

The very first video game I have ever played was Space Invaders on Atari 2600.

What qualities does being a coach require?

This is a very big question, because I am a single coach with no assistants or anything, and the coach’s roles for an esports team or any traditional sport for that matter require multiple roles.

You must be able to do multiple jobs such as being a head coach, strategic coach, recruiter, as well as a sports psychologist. The Coach is required to record matches, watch them back and keep up to date with each game in question. Make notes and arrange scrims. Not to mention be able to communicate with the team as well as leagues and other teams their current esports team is playing that week. The coach is responsible for every aspect relating to the performance within a team. This is why practice is so critical for players to need to show up.

How do you study gameplay?

I watch extensive hours of gameplay footage on Twitch Streams and YouTube videos of professional players that compete at a high level because it will help show you what is the best strategies and practices you will need to work on in order to improve.

What do you expect of your players?

For our players that want to be a part of an esports team and be successful, I expect our players to be committed to the team and give 110 percent every week to get better as a team and perform at a high level. I have noticed that some people just want to be a part of something and figure esports is a good place to be, but at the same time, I am in search of the best of the best and expect my team members to feel the same way and want to do what it takes to become great and win.

What events for the esports divisions are coming up after this week?

Currently, we have GG Leagues playoffs starting for our League of Legends team this week on [April 5] Wednesday evening at 7 p.m. Also, our Rocket League team will be competing in two different games in the PlayVS league we are enrolled in. I will be looking to get our Super Smash Bros team in some competitions or scrims this week as well.